Punjab Govt to rope in students to create awareness on stubble-burning : The Tribune India 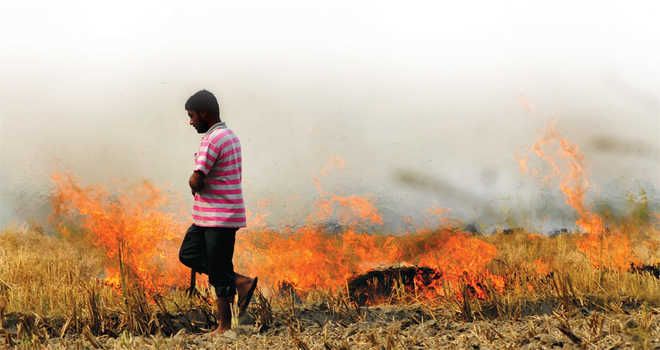 Four senior Cabinet ministers today got together with experts to formulate a strategy against stubble-burning and safeguarding the environment.

The deadline to apply for subsidy on Happy Seeder machines has been extended by 15 days. To absorb stubble in the soil, the Agriculture Department will spray D-decomposer solution on 5,000 acres as part of a pilot project. Kuldeep Singh Dhaliwal, Agriculture Minister

In the first phase of the campaign, students in universities and colleges will be roped in. Experts will apprise them of the harmful effects of stubble-burning and how to manage crop residue.

After Punjabi University, training programmes will be organised at Punjab Agricultural University, Ludhiana, on September 28 and Guru Nanak Dev University, Amritsar, the next day.

Later, the students will visit villages across the state to make people aware of the ill-effects of the anti-environment practice.

“The deadline to apply for subsidy on Happy Seeder machines has been extended by 15 days. To absorb stubble in the soil, the Agriculture Department will spray D-decomposer solution on 5,000 acres as part of a pilot project,” said Dhaliwal.

“The government is also working on a plan, according to which it will be mandatory for brick-kilns to use some percentage of paddy straw as fuel. This practice will be implemented in other industries as well,” he said.