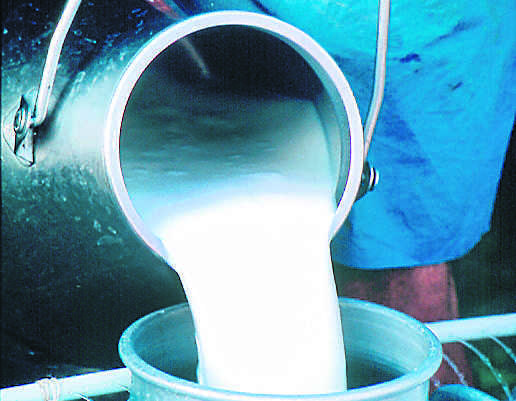 Muktsar: The police have arrested two persons — Bahadur Singh and Sandeep Singh of Sunam —after a team of the Health Department on Monday busted a synthetic milk manufacturing plant near the Edwardganj hospital in Malout. Nearly 1,000-litre white liquid and about 16-kg creamy substance was seized. A case under sections 272, 273, 274, 420 of the IPC and 7 of the Essential Commodities Act has been registered. TNS

Muktsar: A local court on Tuesday sent gangster Jaggu Bhagwanpuria to judicial custody till February 6 in an extortion case registered in 2021. Earlier, the court had sent him to police custody till January 24. TNS

Abohar: During the search of a truck that was impounded for transporting machinery and pomegranate peels from Punjab to Gujarat, 402 boxes of “Made in Punjab” mark “countrymade foreign liquor” were seized on Monday by the Excise Department at a naka near Chak 23-ML village on Suratgarh Highway. Driver Gursaheb Singh and cleaner Paramjit Singh have been held under the Excise Act. OC

Chandigarh: Dr Navneet Walia, who served as one of the nodal officers during the Assembly elections last year has been chosen for a state award on the National Voters’ Day. Dr Walia, who works as a Principal with the Technical Education Department will be honoured in a state-level function which will held on Wednesday in Patiala. TNS

Chandigarh: Rajya Sabha MP from Punjab Raghav Chadha will receive the “Outstanding Achiever” honour at the India-UK Achievers Honours in London on Wednesday. Raghav has been selected for the honour in the “government and politics” category.