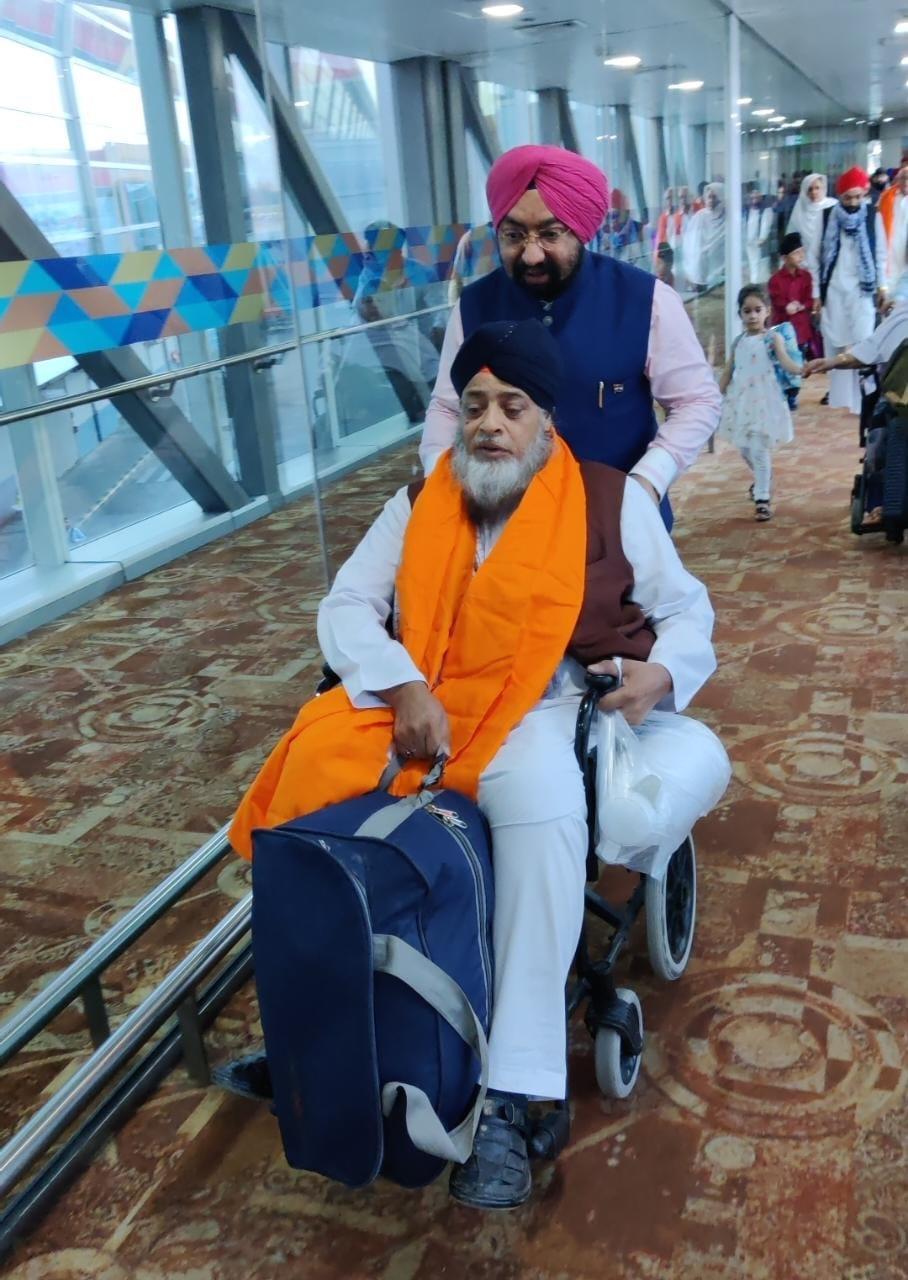 As many as 55 Afghan-origin Sikhs and Hindus were safely evacuated on e-visa from the trouble-torn country in a special flight arranged by the SGPC.

Ironically, yet again the Taliban-led Afghanistan government has refused the minority community to take along the four copies of Sikh scriptures (two copies each of Sri Guru Granth Sahib and Sanchi Sahib), the only lot of the Sikh holy scriptures that still remained in Afghanistan.

Earlier, a group of 60 Afghani Sikhs, who were supposed to land in New Delhi on September 11, were also intercepted by Taliban authorities denying permission to accompany the Sikh holy scriptures for want of “official clearance” from the Afghanistan’s Ministry of Foreign Affairs and Ministry of Information and Culture. This group could not board the flight, then.

SGPC president Harjinder Singh Dhami said it was quite disappointing that again the Afghan authorities did not let the Sikh holy scriptures to evacuate. “We will take up the matter with the Office of the PM and the External affairs to approach the Afghan’s concerned ministry to facilitate shifting of holy scriptures to India,” he said.

SGPC, in coordination with Indian World Forum (IWF) and the Union ministry of External Affairs have jointly been facilitating the evacuation of distressed minorities from the Islamic nation.

Puneet Singh Chandhok, president of IWF, said 68 Afghan Hindus and Sikhs have arrived till date post the attack at Kabul’s Gurdwara Karte Parwan in June. The airfare for the same was being borne by the SGPC.

“As of now, 43 Sikhs and Hindus were still left back in Afghanistan and nine e-visa applications are still pending for issuance with the Government of India,” he said.

IWF had coordinated with Afghan foreign ministry for their objections over the ferrying of Sikh holy scriptures. “Despite our repeated requests, there was no response from the other side. This time too, the Afghan authorities declined permission for holy scriptures,” he said.

The World Punjabi Organisation led by Vikramjit Singh Sahney offered them rehabilitation assistance. “I am committed to support and rehabilitate these families by providing them free houses on rent, monthly household expenditure, medical insurance, making them self-reliant by imparting them skill development and educating their children.”

Sahney is already running a programme "my family my responsibility" under which 543 Afghan Sikhs and Hindu families are being rehabilitated in West Delhi.