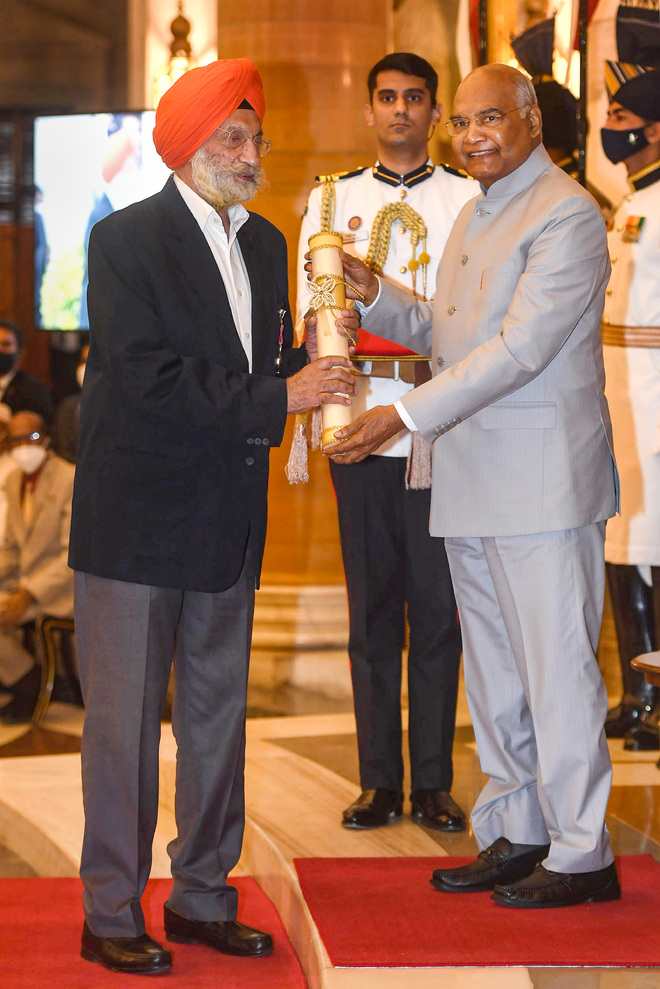 Born on July 28, 1933, in Jhelum, now in Pakistan, Singh had served as press secretary to former President Giani Zail Singh and has vast administrative experience with having served in various capacities in Punjab and Central governments.

Talking to The Tribune, Singh expressed happiness and thanked the Government of India for recognising his work in the public sphere.

“It was a moment of extreme pleasure for me, as both President Ram Nath Kovind and Prime Minister Narendra Modi personally congratulated me on receiving the prestigious award,” he said. — TNS