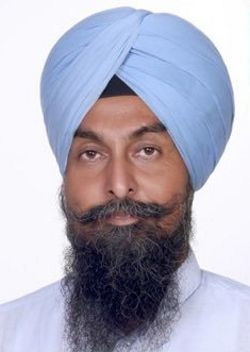 Kultar Singh Sandhwan, AAP MLA from Kotkapaura, said today the Local Government Department had finalised a project report of the Rs650-crore rejuvenation project of the highly polluted Buddha Nullah in Ludhiana and called tenders without the involvement of the special task force (STF) constituted by Capt Amarinder Singh to free the drain of effluents in a mission mode.

In a tweet to the Punjab Chief Minister, Sandhwan pointed out that even the patron of the task force — Baba Udai Singh of Naamdhari Sect or Baba Seechewal — had not been taken on board while finalising the tenders for the rejuvenation project.

The 47-km drain, of which 14 km passes through Ludhiana, has to be covered under the project.

The task force, which also has officials of the Local Government on board, has been mandated to study and suggest measures to address issues of treating industrial effluents and solid waste management, besides ways to proactively engage with the public.

The MLA said members of the task force should have been consulted before calling the tenders. Though the last date to apply was March 12, it has been postponed to March 27 following suggestions for some changes made at the pre-bid meeting held recently.

At a recent Cabinet meeting, the government had approved a Rs650-crore project for the rejuvenation of the Buddha Nullah in Ludhiana.