Students at Thapar Institute of Engineering and Technology in Patiala, on Friday. Tribune photo

With 54 more testing positive on Friday, the Thapar Institute of Engineering and Technology has become a cluster of Covid-19, reporting 69 cases over the past three days.

The district Health Department said all cases were reported from one of the hostels on the campus. Following the detection of cases, Hostel ‘J’ has been declared a containment zone. During the second wave in March, the institute had turned into a hotspot with over 70 cases.

Meanwhile, chaos prevails on the campus with hundreds of students, without undergoing testing, are said to be leaving the premises. Parents, out of panic, have assembled outside the hostels to take their wards home.

Those testing -ve allowed to leave

Health teams have been conducting Covid tests there. Only those students who tested negative were allowed to leave the campus. —Sandeep Hans, Deputy commissioner

Deputy Commissioner Sandeep Hans said: “Health teams have been conducting Covid tests there. Only those students who tested negative for Covid were allowed to leave the campus.”

The Health Department said they would conduct more tests on the campus to stem further spread.

Dr Sumeet Singh, district epidemiologist, said they had conducted over 300 tests at the hostel. Those testing positive were being isolated, while the others had been allowed to leave.

“Apart from movement from different parts of the country, students residing in proximity to the hostels could be a possible reason for the spread. However, the situation will soon be under control,” he said.

Sources said many students had claimed there were many symptomatic students in other hostels but the department was yet to conduct testing there.

The department has already sent the samples of positive students to the Genome Sequencing Lab at Government Medical College, Patiala, to ascertain the new strain. 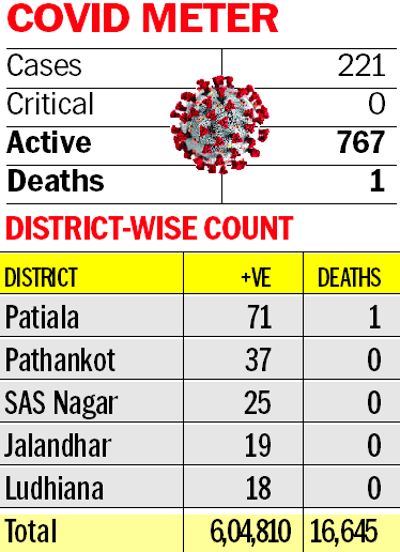