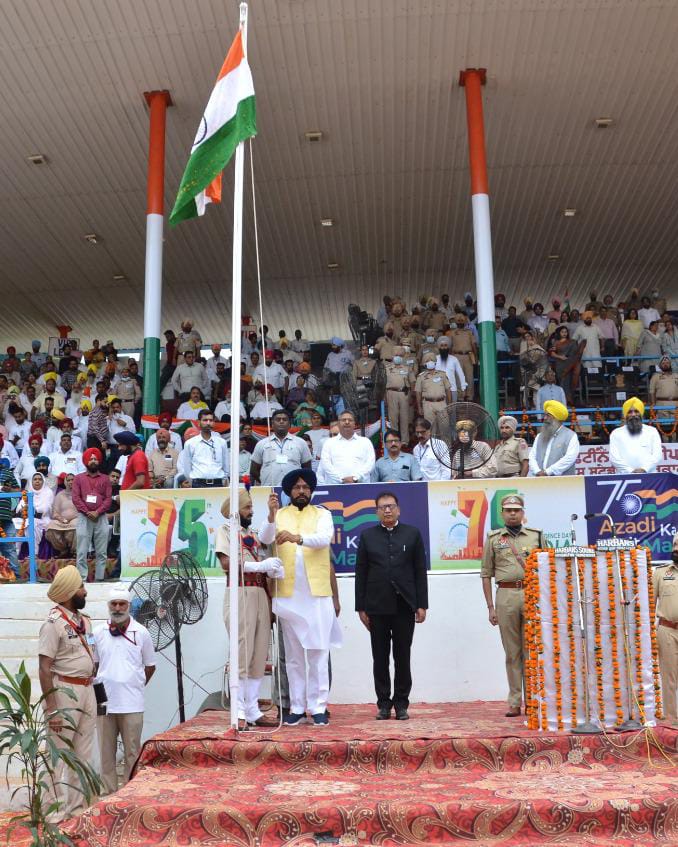 When Cabinet Minister Kuldeep Singh Dhaliwal unfurled the Tricolour at the Government College Stadium yesterday, not many people were aware that the celebrations for 75 years of Independence were being held on the territory that actually was in the possession of Pakistan on August 15, 1947.

At that time, the district comprised four tehsils — Shakargarh, Batala, Pathankot and Gurdaspur. Its boundary stretched from Dera Baba Nanak, located right on the International Border, to Dalhousie in present-day Himachal Pradesh.

Gurdaspur district remained with Pakistan from August 14 till August 17. Noted historian Prof (retd) Raj Kumar Sharma recalls how the city, after 72 hours of suspense, burst out in joy on the afternoon of August 17. “It was after the Lahore radio, in its afternoon broadcast on August 17, confirmed that the district was back in India,” he said.

A sense of dismay gripped locals when the news spread that Gurdaspur had been given to Pakistan by Sir Cyril John Radcliffe, a London-based barrister and chairman of the Indian Boundary Commission.

“On August 14, Muslim league supporters took out a procession brandishing swords and knifes. The Pakistani flag was hoisted on the Town Hall (which now houses the office of the Municipal Committee), PWD Guest House and the old DC office. A day later, there were strong rumours that the district was being given back to India. However, there was no clarity. On August 17, when the Lahore radio confirmed that Gurdaspur was back in India, Pakistani flags were taken down and the Tricolour was hoisted,” remarked Prof Sharma.

Of the four tehsils, Shakargarh went to Pakistan.

Historians say had the British stuck to their original decision, India would have lost control of J&K because the only road that reached Kashmir was through Gurdaspur. The other school of thought that was doing the rounds was that India could not afford to lose control over the headworks, which control the waters of the Upper Bari Doab Canal located at Madhopur in Pathankot district.

“The headworks was one of the first mega irrigation projects built in undivided Punjab just 10 years after the British conquest of India. Had this entity gone to Pakistan, Indian Punjab would have been left fending for itself as far as irrigation waters were concerned,” Prof Sharma added.