This mosque has Hindu, Sikh caretakers : The Tribune India

No Muslim in village, yet prayers offered twice a day, lamp lit 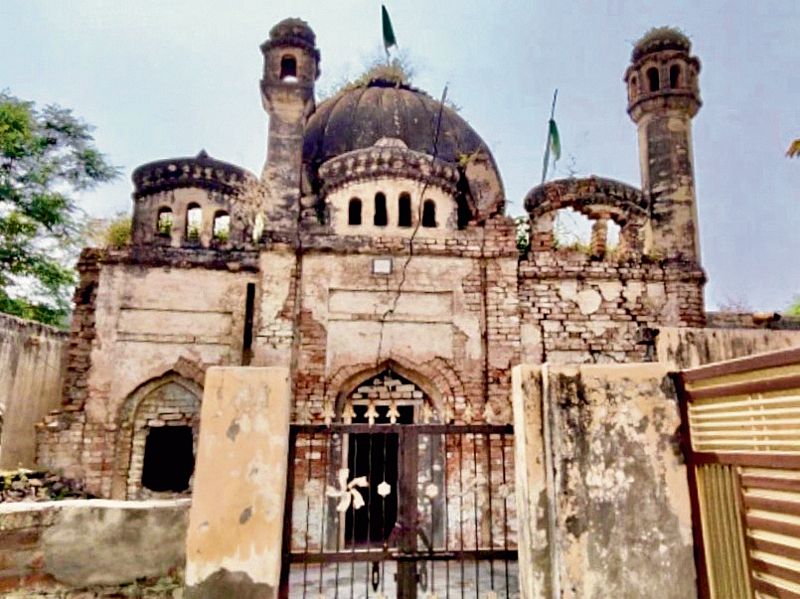 The mosque in Ludhiana's Hedon Bet.

This century-old mosque at Hedon Bet village in Ludhiana has become an epitome of communal harmony, which withstood even the horrors of the Partition.

Not a single Muslim has lived in this village since the Partition, yet prayers are offered and a lamp is lit every day at the mosque. For over decades, it is being taken care of by Sikh and Hindu villagers. To them, this place of faith is sacred. Prem Chand, a 56-year-old villager, took over the caretaker responsibilities of the mosque in 2009 after the death of a Sufi saint who took care of this place of worship for many years.

Prem Chand visits the mosque twice a day, cleans the premises, recites prayers and never fails to light a lamp in the evening. “My day is incomplete without coming here and reciting a few sentences that the Sufi saint taught me. Despite my ill health, my faith in this place keeps me going,” he said. In May every year, a langar is organised at the mosque where the entire village is served with delicacies in the memory of Muslim families who left during the Partition.

Amrik Singh, a 68-year-old villager, said, “Nearly 50 Muslim families used to live here. They would offer namaz every day. Though not a single Muslim family is left in the village, we are trying our best to take care of their place of worship.” Village sarpanch Gurpal Singh, whose family came here from Sialkot in 1947, said, “How can we not take care of this ‘rabb da ghar’? We have a gurdwara and a temple in the village too, but this mosque is equally important to us. We are offering our services to that one God that binds every religion.”

He said the mosque was a place of archaeological importance since it was built around 1920. “While the village is doing its best to protect the mosque, the government should preserve it,” he said.