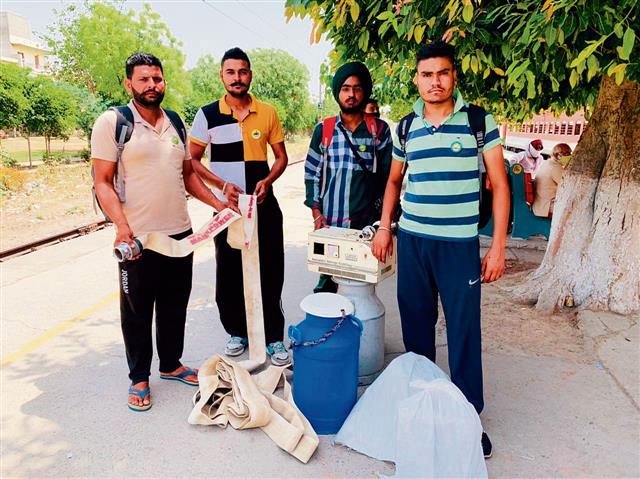 Youngsters ready to leave with relief material for Delhi protesters.

Amid surge in Covid cases and harvesting of wheat, preparations are also going on in full swing across various districts to take thousands of farmers to New Delhi borders on April 21 under the banner of the BKU (Ugrahan) through Khanauri, Dabwali and Sardulgarh borders to counter the Centre’s claims about decline in the number of protesters.

Many have got freed after harvesting wheat, while others are trying to finish chores before departing for Delhi.

“Our protests have crossed 200 days at various locations and after failing to see any decline in our strength, the Centre is now trying to spread misinformation about the reduction in number of protesters. We will join protests on April 21, which will further increase the number of protesters,” said Gurwinder Kaur, a woman protester in Sangrur.

Darshan Singh, another farmer, said he had sold his wheat crop of 7 acres and was awaiting payment. He was also determined to leave for Delhi on April 21 even if he did not get the payment.

“I will borrow money from my brother, who is a government employee, while my son will take care of the payment. But I will definitely leave for Delhi,” he said.

Teams of youngsters associated with the BKU (Ugrahan) have been working hard to make required arrangements of transportation and ration. There are many who are already supplying ration and milk to Delhi borders.

“Many youths have been going to Delhi through train and trucks to supply milk. On April 21, more farmers will join them,” said Sukhdev Singh Kokri Kalan, BKU (Ugrahan) state general secretary.