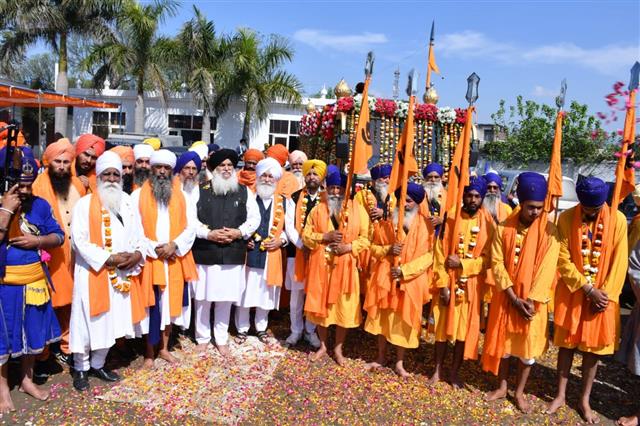 Thousands of Sikh devotees from India and abroad reached Anandpur Sahib to pay obeisance at the Gurdwara Kesgarh Sahib and took a dip in the holy sarovar.

An official spokesman said about 2,800 police personnel and 51 senior officials have been entrusted with the task of monitoring the law and order situation.

In the backdrop of coronavirus scare, the Rupnagar administration has made elaborate arrangements.

Civil Surgeon Dr HN Sharma said 14 medical centres have been set up to keep tabs on people suffering from cough and cold.

On Saturday, Punjab Chief Minister Amarinder Singh had suggested that the festival could be celebrated by paying obeisance in various gurdwaras in small numbers, instead of congregating in large numbers at one place.

It was advisable, Amarinder had said, to avoid taking unnecessary risks, while retaining the traditional spirit of the Hola Mohalla, for which the state government has already made extensive medical arrangements.

Amarinder Singh, who is monitoring the situation on a day-to-day basis, has constituted a seven-member group of ministers to oversee the preventive measures taken by the Health Department. — PTI

22 hours ago
4
Schools In the news