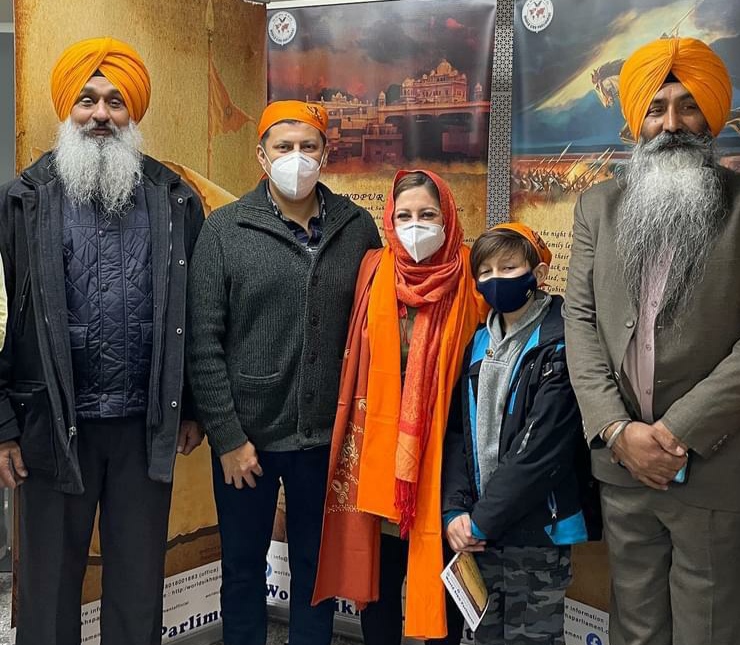 New York State Assembly member Jessica Gonzalez-Rojas with her family at a gurdwara in the United States on Wednesday.

The World Sikh Parliament commemorated the martyrdom of Sahibzadas and Mata Gujri, the mother of Guru Gobind Singh, in Times Square, New York, to educate the broader American community about the Sikh history.

Jessica Gonzalez-Rojas, Assembly Women of District 34 from New York, attended the event with her family, including her eight-year-old son. She presented a citation, declaring the four Sahibzadas the “youngest martyrs in the history of the world”.

More than 5,000 brochures on the Sikh history were distributed during the event organised at Gurdwara Sikh Centre of New York, Flushing.

Pritpal Singh from the American Gurdwara Parbandhak Committee said, “Jessica has been working with the Sikh community for long. She helped distribute langar during the first wave of Covid in 2020.”

Norwich City Council member Swaranjit Singh recognised December as the “Sikh Religious Freedom Awareness Month” and asked the gathering to show their commitment towards human rights and religious freedom guaranteed under the UN Charter and US Constitution.