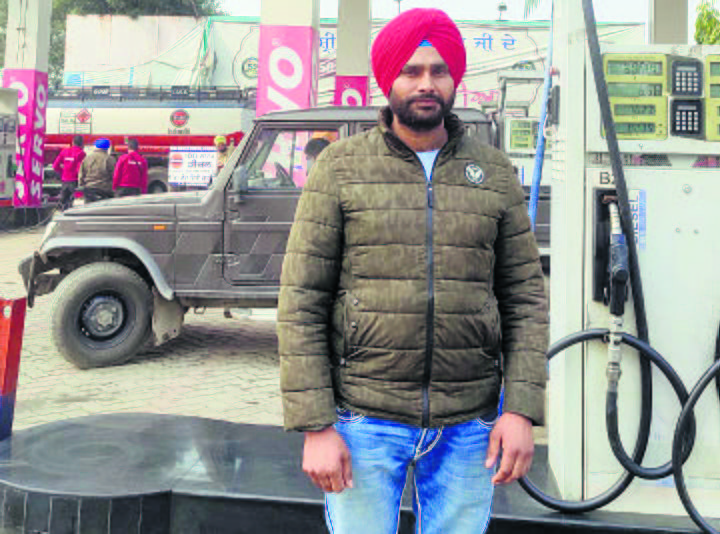 Cash-rich Punjabis and NRIs of Majha have propped up a Gurdaspur-based ex-Army man as their frontman to anonymously pump in massive doses of funds to sustain the farmers’ agitation.

I have tied up with almost all fuel stations on the 120-km highway. Whenever a tractor needs diesel, all owner of the pump has to do is call me and I deposit the money in his account.

Goldy Manepuria has also, rather inadvertently, sparked off a Twitter spat between actor Swara Bhaskar, who praised his efforts, and a TV news anchor, who called him “a fake Army man” and asked the Army to check his credentials. Hailing from Manepur village, Manepuria is the go-to man for farmers travelling to the Capital. He ensures that every tractor-trailer gets fuel from petrol pumps located on the Pathankot-Gurdaspur-Batala national Highway. The onus of picking up the tab is on him.

“I have tied up with almost all fuel stations on the 120-km highway. Whenever a tractor needs diesel, all owner of the pump has to do is call me and I deposit the money in his account,” said Manepuria. Ever since December 16, when the first tractor was refueled, the man has made a Dhariwal-based pump his home. He is aided by Kanwalpreet Singh and Gurpreet Singh.

He says the maximum rush was seen on December 24 and 25, when farm leaders had given a call that 250 trailers from Majha should reach Delhi. On all other days, 60 to 80 vehicles on an average are provided diesel.

“We spend Rs 4,500-Rs 6,000 on fuelling one tractor. Most of the protesting peasants have small landholdings. I myself own just two acres…I can feel the pain of my brethren. The purpose of life is not to be happy. It is to be useful, to be compassionate. Members of my community are sitting there in biting cold. To me, a community is like a ship. Everybody ought to be prepared to take the helm,” he said. He is not willing to reveal the names of his benefactors “because they themselves want to work incognito”. Manepuria said he was livid when the TV anchor cast aspersions on him. “I uploaded a video informing him that I have served at the China border in freezing cold. I also invited him to leave the comfort of his TV studio and brave it out with my brothers in Delhi,” he added.