Mohali: Top officials under scanner for 'shielding' DFO in felling of trees in Mirzapur forest 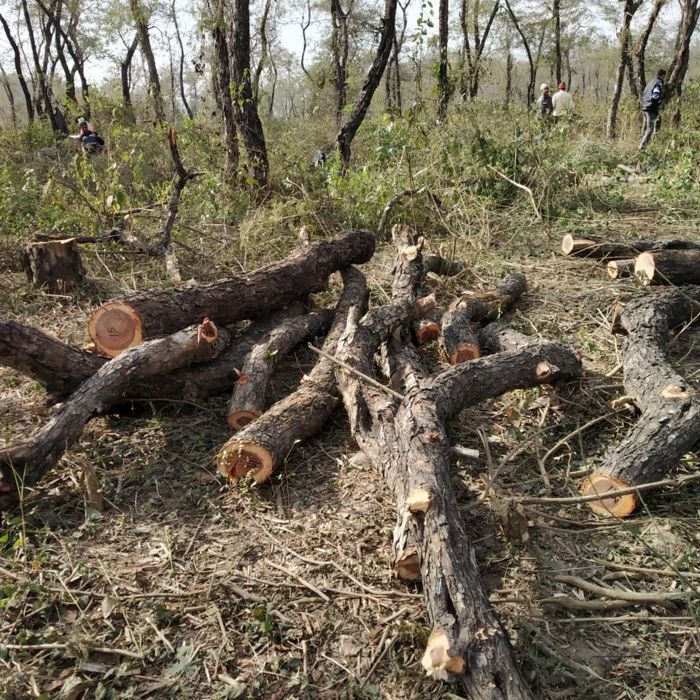 A Vigilance Bureau (VB) probe against former Forest Ministers Sadhu Singh Dharamsot and Sangat Singh Gilzian in alleged case of corruption in transfers and illegal felling of khair trees has brought under scanner the role of top government functionaries. They allegedly “shielded” DFO Gurmanpreet Singh and other forest officials in a two-year-old case of large-scale felling of khair trees in Mirzapur forest, Mohali.

Acting on a report of the Vigilance last year, the Chief Vigilance Commissioner (CVC) had written to the Principal Chief Conservator of Forests (PCCF) to act against seven forest officials, including DFO Gurmanpreet, who was indicted by for serious lapses in illegal felling of trees.

Earlier, in connection with the corruption case against the former Congress ministers, DFO Gurmanpreet Singh was also arrested before being remanded to judicial custody.

A flying squad inspection at the felling site in May 2020 revealed serious lapses in the issuance of permits for felling of nearly 6,000 khair trees in the area falling under the Punjab Land Preservation Act, 1900. It also detected illegal felling of 117 trees.

Instead of initiating a common proceedings case at the government level, the probe was “down marked” to the Principal Chief Conservator of Forests (PCCF), against the rules. Despite being pointed out by former Chief Conservator of Forest (Hills) Saurabh Gupta on July 21, 2021, that the lapses were of serious nature and the latter was the competent authority to act against senior officers indicted by the Vigilance, the case was marked by PCCF Parveen Kumar on October 26, 2021, to then CCF (Hills) Mahavir Singh to decide the future course of action.