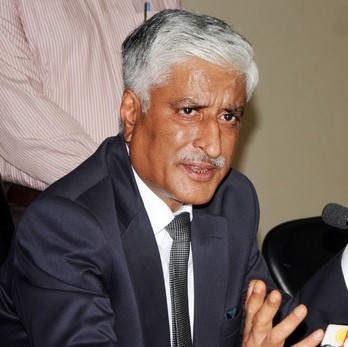 In a setback to former Punjab DGP Sumedh Singh Saini, a local court has approved the application of two former UT cops and co-accused to become approvers in the disappearance case of Balwant Singh Multani, on Tuesday.

The two cops have also vouched as eyewitnesses in the case and in their statement in the court have also alleged to have been eyewitness to the torture to Multani under custody of former DGP Saini and his shifting in a Gypsy in an unconscious state. They also alleged that later they were told that Multani went missing. The two cops were also allegedly asked to declare Multani as missing and absconded, following the orders of DGP which they did, they alleged before the court.

Now, the Special Investigation Team (SIT) is all set to add Section 302 of the IPC to the FIR registered against former DGP Sumedh Singh Saini at Mataur police station in the alleged disappearance of former CITCO employee Balwant Singh Multani.

According to the court orders, the SIT will have to give three days’ prior notice to Saini after adding Section 302 to the FIR. Saini is on the bail in the case.

The three co-accused former UT cops, then inspector Jagir Singh, sub inspector Harsahai Sharma and Assistant Sub Inspector (ASI) Kuldeep, Singh had filed an application in the court seeking permission to turn approvers and be pardoned in the ongoing probe against them in the Multani case. However, the court of CJM on August 7 turned down their plea for the want to approach from the proper channel — that is the investigating agency the Special Investigating Team (SIT) — which can make a request to the court tendering for pardon for the accused.

The SIT with the support of special public prosecutor Sartej Singh Narula and district attorney Sanjiv Batra on August 14 had moved an application on behalf of the three accused to declare them approver after which the court declared two out of three as approvers.

Narula said the application for making the former UT cops approvers was filed to assert that it was necessary to unearth the crime that took place in secret within four walls of the police station or which it is necessary to declare the co-accused as approvers. “So, sustaining our plea the court declared former inspector Jagir Singh and ASI Kuldeep Singh as approvers,” he said, adding the approvers are co-accused who have been declared witnesses and are granted pardon under Section 306, CrPC. The proceedings to grant them pardon will be heard on August 22.

All the three UT cops had recorded their statements under Section 164 of the Code of Criminal Procedure (CrPC) before the judicial magistrates on different dates in Mohali, recently.

Inspector Jagir Singh is also co-accused along with Inspector Anokh Singh in another FIR registered at Kharar Sadar police station on July 27 on charges of fabricating the evidences booked under Section 195-A (fabricating evidence) of the Indian Penal Code (IPC) on the complaint of Kharar (Sadar) station house officer, inspector Sukhvir Singh. Anokh Singh and Jagir Singh are also co-accused in the previous FIR registered at Mataur police station against former DGP Sumedh Singh Saini.

Inspector Anokh Singh was arrested by Mohali police against fresh FIR and after taking him on three days police remand, he was sent to judicial custody. Anokh Singh and Jagir Singh are on bail in this case.