Trucks with rice from Bihar ‘let off’, Ratia farmers fume 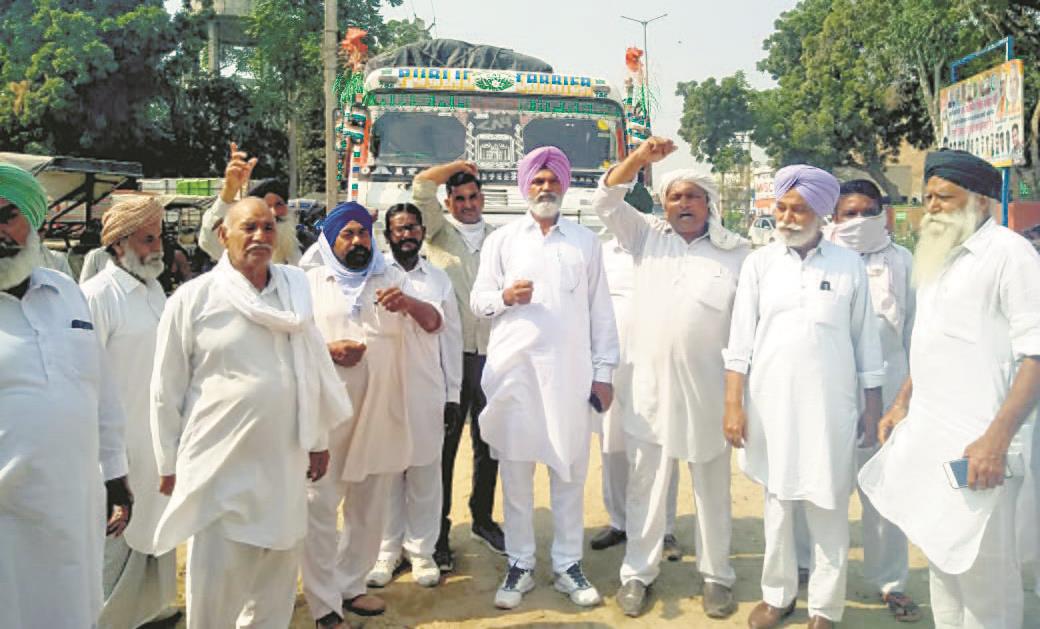 Farmers in Ratia protest in front of a truck carrying rice from Bihar.

Farm organisations in Ratia today claimed to have intercepted five trucks carrying rice from Bihar. They were furious that these were allowed to go by the authorities. Zila Parishad member RC Sehnal, claimed that millers were bringing cheap rice from Bihar to be mixed with custom-milled rice here.

“Today, we received information that five trucks loaded with rice were parked near a fuel station. Our leader informed the officers concerned. “The drivers admitted to transporting the rice from Bihar but were let off,” Sehnal alleged. Furious, the farmers later held a demonstration.