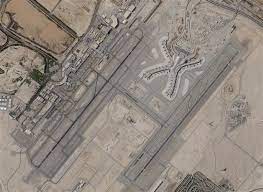 A youth from Mahisampur village in Rayya was killed in a drone attack at an oil facility in Abu Dhabi among two others on Monday. - File photo

A youth from Mahisampur village in Rayya was killed in a drone attack at an oil facility in Abu Dhabi among two others on Monday.

The deceased has been identified as Hardeep Singh (26) of Mahisampur village.

Balwinder Singh, father of Hardeep, had also died sometime ago. Hardeep was the only son of parents and had married a few months ago.

Hardeep was supposed to land in Amritsar today. He also got a Canadian visa as his wife was settled in Canada. The relatives urged the Sarbat Da Bhala Trust to airlift Hardeep’s body. The deceased is survived by his mother and wife.