700 ‘stuck’ in hostels in sub-zero temperatures 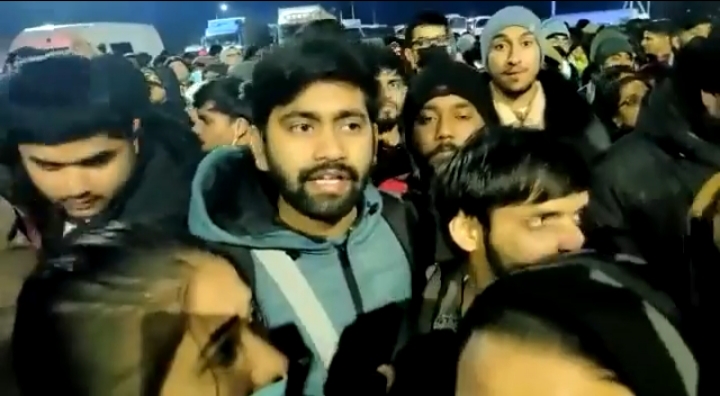 Talking to The Tribune over phone, Meenu Kaur of Ralla village in Mansa, who is stuck in Kharkiv, said, “The situation is grim as around 700 Indian students are stuck in hostel basements and the Indian Embassy is not at all providing any help. When we contact them, they just ask us to reach borders via train or buses. Some students tried to go, but they were manhandled and were not allowed to board the train.”

She said, “We have very little food and water with us. Moreover, we keep on hearing sounds of bombs and gun shots at regular intervals.”

Meenu said, “In basements bunkers, we don’t have heaters, whereas the temperature here is sub-zero, so people are falling ill.”

Videos shared by Meenu showed Indian students being kicked, beaten up, dragged by Ukrainian security personnel and some even had their phones snatched from them.

In another video, Garima Mishra of Lucknow, who is also stuck in Ukraine, has made serious allegations that Indian girls were being taken away by Russian forces and the whereabouts of the boys who were going in a taxi towards the border were not known. This video is going viral on the social media. It has also been shared by Congress leader Priyanka Gandhi.

Pleading helplessness, she said, “We have been calling the Indian Embassy for help, but no one is responding.”

Mansa/Sangrur: Kin of the students stuck in Ukraine staged a protest in Mansa on Monday, demanding safe and early evacuation of their kids. Various social outfits also protested in Sangrur. “All countries should take effective steps to end the war at the earliest,” said members of the Zameen Prapti Sangharsh Committee, Punjab Students’ Union, Naujwan Bharat Sabha and Kirti Kisan Union in a joint statement. TNS