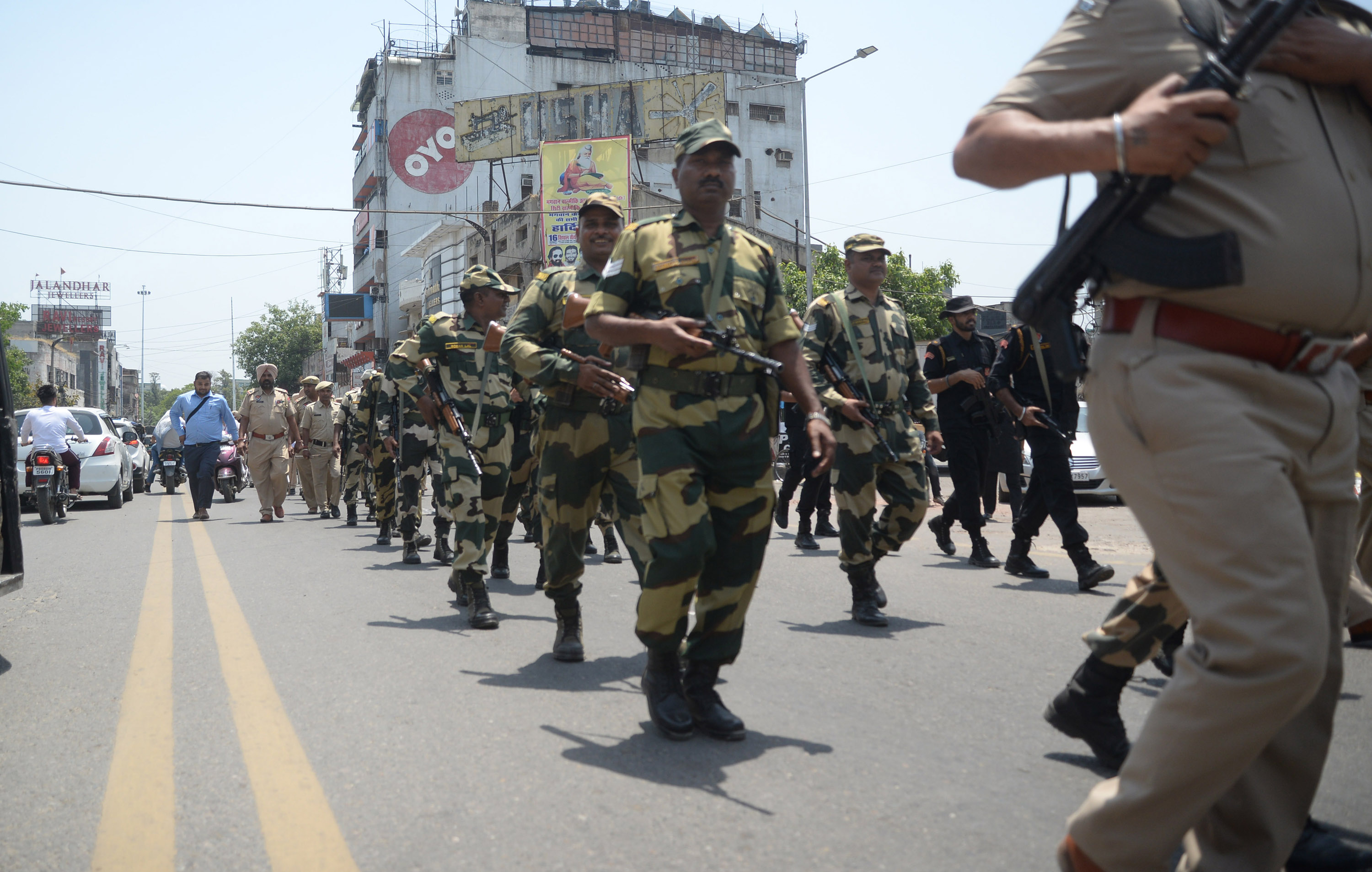 Punjab Police and BSF personnel take out a flag march ahead of Operation Bluestar anniversary in Jalandhar. photo: Malkiat Singh

Ahead of the 38th anniversary of Operation Bluestar, the SGPC has urged the sangat and Sikh organisations to unite to observe “Ghallughara Day” on June 6.

After an SGPC executive meeting here today, president Harjinder Singh Dhami said the anniversary would be observed at the Golden Temple and 38 other gurdwaras by offering “ardas”, for which “Akhand Paths” were commended this morning.

“A united community can put pressure on the government to release ‘Bandi Singhs’ (Sikh political prisoners) who have been languishing in jails for the past over three decades.” He asked when former Prime Minister Rajiv Gandhi’s killer, Perarivalan, could be released from jail after spending 31 years, why not ‘Bandi Singhs’.

He accused PM Narendra Modi, Home Minister Amit Shah, Delhi CM Arvind Kejriwal and Karnataka CM Basavaraj Bommai of not giving the SGPC appointment to take up the matter with them.

A day after Akal Takht Jathedar Giani Harpreet Singh declined Centre’s ‘Z’ security offer, he added the offer was also for Takht Kesgarh Jathedar Giani Raghbir Singh. Dhami added the SGPC was capable of giving security to its religious leaders. The SGPC chief asked the government to provide security to common people as the law and order was deteriorating in the state.

Meanwhile, the SGPC executive decided to continue this year’s scholarships to Amritdhari Sikh students. Scholarships worth Rs 63 lakh were given last year. It also approved discontinuation of the practice of giving “siropas” (robes of honour) to dignitaries in the presence of Guru Granth Sahib.