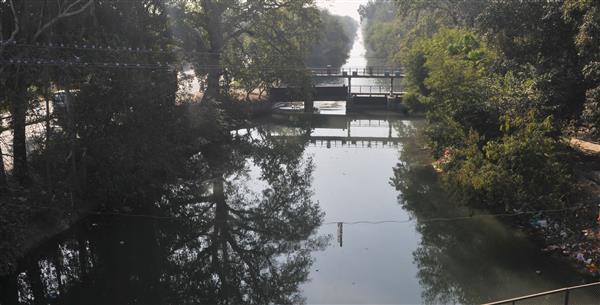 In need of dire attention, the Upper Bari Doab Canal (UBDC), one of the first irrigation projects in the region is carrying 5,500 cusecs of water per second against its sanctioned strength of 8,200 cusecs.

In need of dire attention, the Upper Bari Doab Canal (UBDC), one of the first irrigation projects in the region is carrying 5,500 cusecs of water per second against its sanctioned strength of 8,200 cusecs. The reason: The UBDC, its seven major distributaries, and nearly 247 minor distributaries need realignment and remodelling. The weak banks of the channels do not allow it to carry more water, said an official.

However, the failure of the subsequent governments to act on time has made farmers’ overdependent on groundwater as more and more tubewells are being dug every year. With the water table depleting at an alarming pace, the farmers are also being forced to increase the depth of submersible pumps.

“At present, no submersible pump is working at a depth of less than 90 feet. In some areas like the Khemkaran and Bhikhiwind, the depth is more than 130 feet,” said Sukhinder Singh, who digs borewells.

Farmers in many villages of the border belt said they had not received canal water for irrigation in the last 25 years. The farmers said with the water table going down, they had to use bigger pumps. “At present, no submersible pump in the area is less than 10 horse power,” said farmer Satinder Singh.

When the canal irrigation system was designed, the planners were meticulous to even provided a lift system- fed distributor to supply water to high-lying villages, Miadian, Nepal, Kotli, Kehra, Motla, Jaramkot and Poongae in Ajnala sub-division, was also created. However, the level of apathy now can be assessed from the fact that even the fields on the bank of the Ravi are fed with underground water.

UBDC Superintending Engineer Kulwinder Singh said, “We are strengthening the canal and its distribution system so that more water can be carried. The state government has recently realigned Fatehgarh and Ramdass distributaries. Next is the Kasur Branch Lower (KBL) canal.”

Efforts were being made to reclaim the land of water channels and canal minors so that water reaches every village, he said, adding that farmers in many areas had encroached upon the land where canal minors and irrigation channels existed as they preferred tube wells over canal water.