This is the second him the BJP passed him over for some other candidate for the Anandpur Sahib seat, say sources 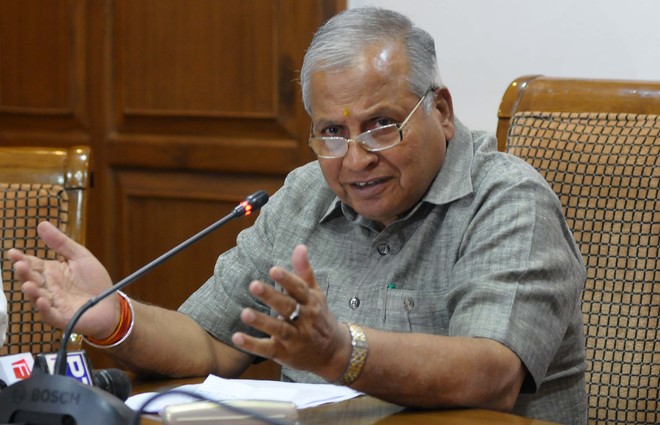 Senior Bharatiya Janata Party leader Madan Mohan Mittal appears ready to revolt against his party, with sources in rival Shiromani Akali Dal claiming that he was in touch with them after being denied a ticket to contest next month’s assembly elections from Anandpur Sahib.

Sources said his meeting with a senior Akali leader at his residence in Anandpur Sahib went on till late on Thursday. Mittal is expected to announce his decision later in the day.

Among his various demands, sources said, was a party ticket to his oldest son Arvind Mittal.

This is the second time BJP didn’t give Mittal, a former minister in the SAD-BJP cabinet from 2012-17, his desired seat—Anandpur Sahib.

The Mittals could not be contacted for a confirmation, but a senior Akali leader said he was in touch with the party. Arvind Mittal is a senior lawyer and a former additional advocate general for Punjab. Madan Mohan Mittal was reportedly also upset with the BJP in the last assembly elections for having passed his son’s candidature over for Ropar district planning board chief Parminder Sharma in the last elections.

"He was expecting the party to give him a ticket in 2022 and even held meetings with his supporters despite farmer protests against three controversial farm laws,” a close confidante said. “When the party ignored him and announced Sharma’s name on Wednesday, he decided it was time to weigh his options.”