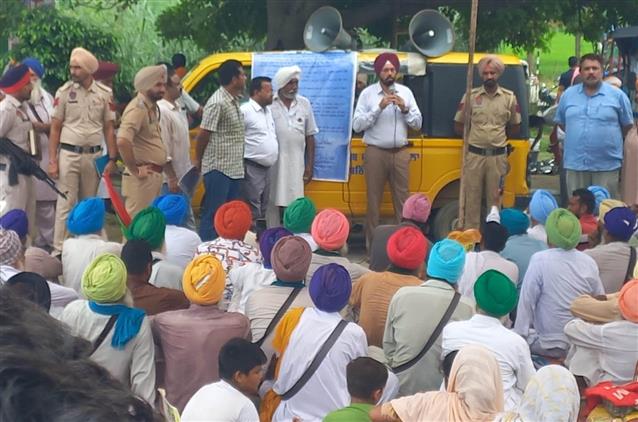 Irked over poor drainage, residents of Mehraj village today protested under the banner of the Sewage Reform Committee and blocked Bathinda-Zirakpur National Highway, at Lehra Mohabbat.

There is no adequate drainage and water supply system at Mehraj village for the past 15 years. Manveer Singh Manna, District Chief, BKU

Manveer Singh Manna, district chief, Bhartiya Kisan Union (Krantikari), said there was no adequate drainage and water supply system in the village for the past 15 years.

The Aam Aadmi Party’s leaders were preventing the district administration to hold a meeting with us to solve the issue, alleged the protesters.

On July 17, the administration gave assurance that the matter would be solved within a month, but to no avail, said the protesters.

Despite receiving Rs 19 crore for these works, the administration said they didn’t had funds, alleged the protesters. As a mark of protest, the villagers observed Black Day on August 15.

Additional Deputy Commissioner (Development) Rupinderpal Singh came to pacify the protesters and said the issue would be solved at the earliest as the government has allocate Rs 1.75 crore for drainage system of the village.

The commuters travelling on this stretch got stuck in jams and traffic had to be diverted through link roads.