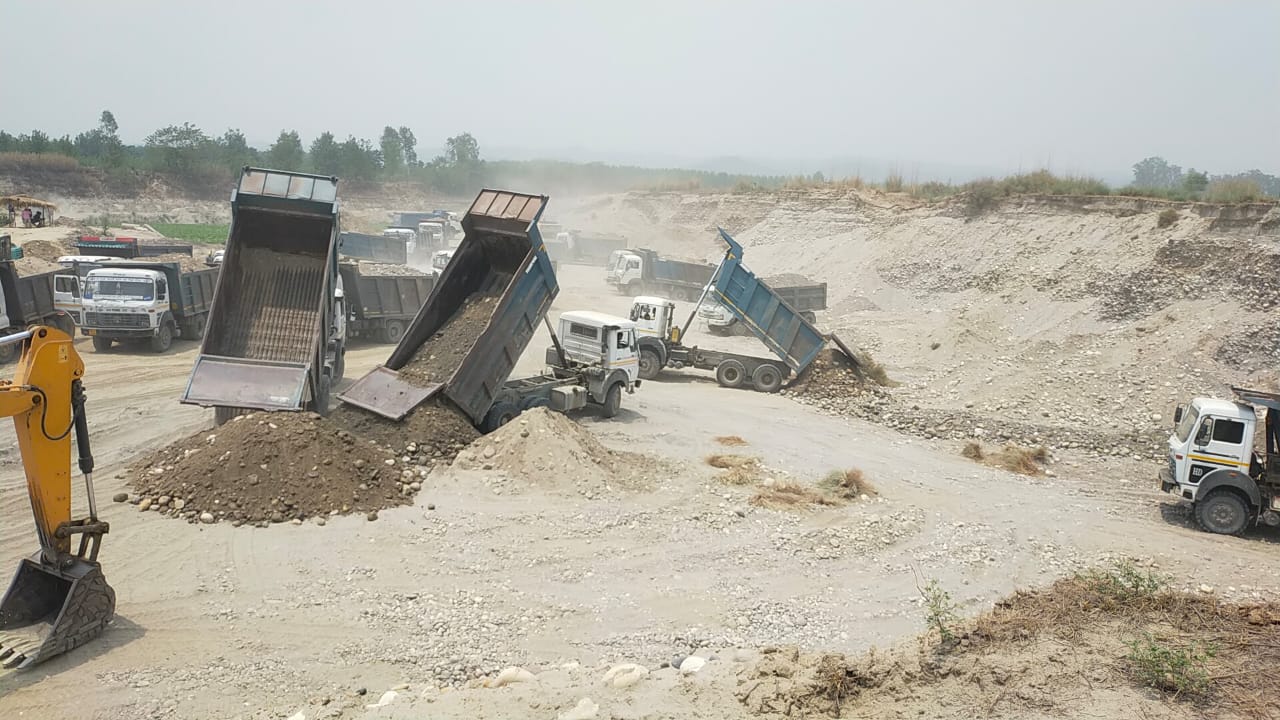 A large number of locals led by Ilaqa Sangharsh Committee members forced dozens of digging machines and tippers to return from the Swan riverbed near Taraf Majari and Bhalan villages today. The protesting villagers said the riverbed had been dug up over 30 foot illegally in the name of desilting by a contractor.

It was around 9 am when villagers noticed nearly one dozen digging machines and over 50 tippers mining sand and gravel from the riverbed. They informed members of the Ilaqa Sangharsh Committee, a local body formed by residents of several villages to check illegal mining. Soon committee leaders, including Hardev Singh, Vishal Saini and Harpal Singh, along with locals reached the spot and staged a protest.

Saini said the riverbed had already been dug up to the depth of 30 foot due to illegal mining. It was being dug up further in the name of desilting, he said.

Following the protest, the mining was stopped and tippers loaded with sand and gravel were allowed to leave only after being emptied.

While the contractor did not pick the phone despite repeated attempts, Nangal SDO (Mining) Abhishek Kapoor said he had joined only two days ago. Revenue Department officials had been asked to measure the area and any action would be taken only after their report was received, he said.