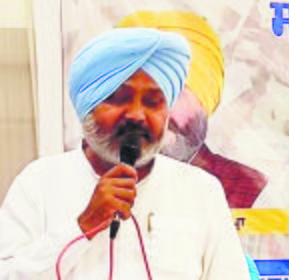 Finance and Cooperation Minister Harpal Singh Cheema on Friday said since the name of Verka has been maliciously used to harm the brand’s reputation in an old video from Turkey, the Milkfed has registered a complaint with Cyber Cell of Punjab Police under IT Act, 2000 today.

An old video of 2020, which had gone viral on social media, purportedly showed a man taking a dip in a vat of milk. The video was recorded in Turkey, but Verka’s name was superimposed on it.

Finance Minister Harpal Cheema said: “The government has taken a serious note of the malicious act and will take action against guilty.”

Notably, an old video of 2020 from Turkey is going viral on social media platforms, where a person was shown taking a dip in a tank of milk. Someone has superimposed the name of Verka on the video with the intention to malign the reputation of the brand.

Cheema said the depiction of the viral video clearly shows that the said action has been taken with a malafide intention to defame and harm the goodwill of brand Verka. The minister informed that government has taken a serious note of the malicious act and necessary criminal action will be taken against the culprits.

Cheema said the video is not related to Verka and deliberately spreading such misinformation can invite legal action, adding that this malicious act will harm the interests of the consumers as well as farmers and will damage our efforts to eradicate the menace of adulteration of milk by unscrupulous elements.

Managing Director, Milkfed, Kamaldeep Singh Sangha, who got a complaint registered with Cyber Cell, said the video has no link with Verka and as per media reports this video has been shot in a suburb named Konia of Central Anatolian State of Turkey. The person who has been taking bath, has been reported to be a resident named Emre Sayar of Turkey. The video has reportedly been uploaded by a resident of Turkey named Ugur Turgut and Government of Turkey had taken action against both the offenders.