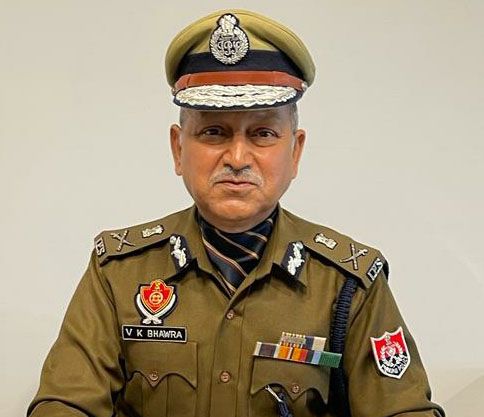 Two days after issuing a notice to Director General of Police VK Bhawra, who is on leave, for improper handling of certain crime incidents, the Punjab Police today posted him as Chairman of the Punjab Police Housing Corporation. The order also said officiating DGP Gaurav Yadav will continue working as the DGP, Punjab (head of the state force).

The transfer order was issued a day before Bhawra’s two-month leave comes to an end.

Sources said 1987 batch IPS officer Bhawra had neither responded to the show-cause notices nor extended his leave.

It remains to be seen whether the state government is legally empowered to shift a DGP who was appointed after following the procedure laid down by the Supreme Court to select the top police officer of the state. The Supreme Court had in early 2018 clarified on the 2006 Prakash Singh judgment on appointment of a state DGP for a fixed tenure of two years. Apart from other formalities, it said the state has to appoint the DGP in consultation with the Union Public Service Commission (UPSC). Once appointed, the state cannot shift the DGP unless there are some pressing circumstances like incompetence. In DGP Bhawra’s case, incompetence has not been proved yet.

Bhawra has not responded to calls and messages about his next course of action.

No reply to notice

Two days ago the state government issued a notice to Bhawra who was on a two-month leave. He has neither responded to the notice nor extended his leave