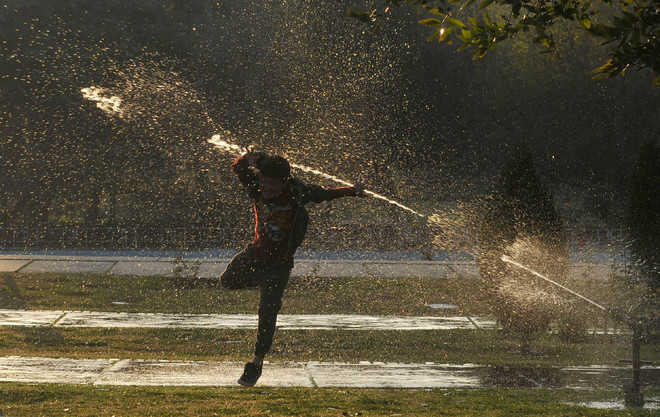 Climate change has impacted almost all parts of the world, but the Asian continent is considered to be the most vulnerable region to shocks of climate change and climate variability due to various stresses and low adaptive capacity.Tribune file photo

Projecting that the climate in Punjab may become hotter and drier during the 21st century, a new study by Punjab Agricultural University (PAU), Ludhiana, has said that in order to maintain the sustainability of crop production and food supply, the state has to evolve suitable crop contingency planning in view of the climatic changes.

“Comparison of maximum and minimum temperatures reveals the minimum temperature increase to be more than the rise in maximum temperature. This implies that the diurnal range in temperature would decrease, which is not favorable for enhancing crop production. Punjab state economy is not only largely dependent on agriculture but it also contributes significantly to the rice and wheat reserve pool of the country,” the study states.

On the other hand, the annual decrease in rain is projected to decrease between 33 to 554 mm from the baseline period. During the kharif and rabi seasons, the decrease is expected to be between 20 to 443 mm and 20 to 110 mm, respectively.

The rate of temperature increase is higher during the end-century as compared to the mid-century period. While rainfall is projected to increase at Abohar, it may decline at Amritsar, Ballowal Saunkhri, Ludhiana, Patiala, Bathinda and Faridkot regions.

According to the researchers, climate change is occurring at a fast pace in recent times and footprints of these changes are becoming visible globally. Though it has been an age-old phenomenon, recently due to unprecedented increase in the concentration of greenhouse gases in the atmosphere caused by anthropogenic activities it has gained momentum during the 20th century.

Climate change has impacted almost all parts of the world, but the Asian continent is considered to be the most vulnerable region to shocks of climate change and climate variability due to various stresses and low adaptive capacity.

The researchers used data for meteorological parameters like maximum temperature, minimum temperature and rainfall on a daily basis for the past eight years and analysis of the daily data was done on an annual basis as well as for Many—October for kharif season and November—April for rabi season.