While state government officials claim that the CM could not board the flight back from Germany because of an emergent health condition; airlines says flight was delayed because of a delayed inbound flight 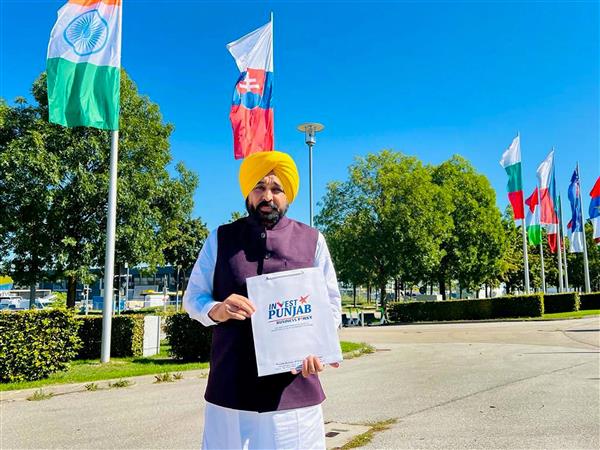 Chief Minister Bhagwant Mann is back from his eight-day trip to Germany. He was in Germany to seek investment for Punjab. However, this trip of his mainly remained shrouded in controversy.

After the Indian unit of BMW denied that they were planning to set up a unit in Punjab, the political circles are abuzz with speculations about the delay in the return of the Punjab CM, which forced him to miss the first ever conclave of Aam Aadmi Party in Delhi.

Amidst allegations by his political opponents that Mann was deplaned at Frankfurt airport on Saturday night because of being in an inebriated state, his party has strongly denied these as false and frivolous.

“The dirty tricks department of our political opponents are spreading these canards, to defame our CM. They cannot digest that CM Mann is working hard to get investment in Punjab. The CM is returning as per schedule. He was to land here on Sunday night and he has already landed in Delhi,” said party Chief Spokesperson Malwinder Singh Kang.

Interestingly, the state government officials have been claiming that the CM could not board the flight back from Germany because of an emergent health condition.

Mann was accompanied by his entourage consisting of four state cadre IAS officers and a consultant in the department. They had a series of meetings in Germany with potential investors and invited them to come and participate in the Investors Summit here in February.