Water hyacinth not the only threat to Kanjli biodiversity 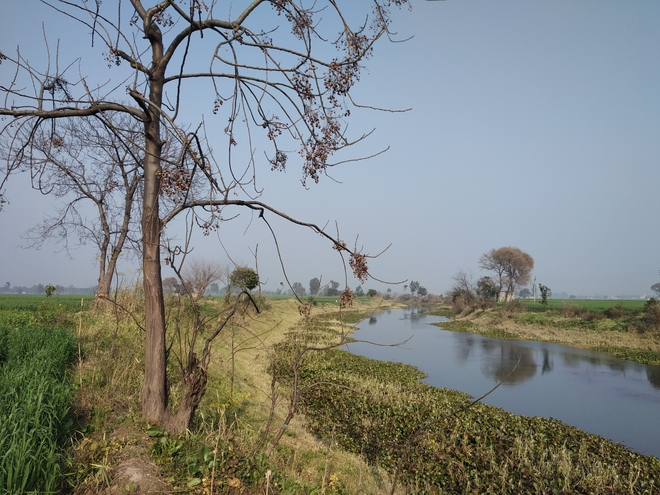 Kanjli wetland in Kapurthala is the ‘most neglected’ among six Ramsar sites in the state. Tribune photo

To establish a biodiversity park in Kapurthala, the Forest Department planned to plant utricularia, a carnivorous plant which is native to Kanjli wetland, which is sourced from Kanjli. However, after a diligent search, not a single specimen of the plant, which once used to thrive in the area, was found.

Of the total 109 species of vascular plants observed in the study area, 16 are included in the list of Invasive Alien Species. According to Convention on Biological Diversity, 1992, invasion of the alien species is the second worst cause of loss of biodiversity in the world. — Bageshwer Singh, student of forestry

The native biodiversity and survival of the Kanjli wetland is under threat. Spread across 1.83 square km, the smallest and most neglected among six Ramsar sites in the state, the wetland is threatened by 16 invasive species (alien) of plants.

A research conducted by Bageshwer Singh (23), a second-year student of forestry, has found that 16 invasive species of plants threaten both flora and fauna varieties of the wetland, which is the only wetland in Doaba. Agricultural takeover of the banks of the Kanjli wetland as well as Kali Bein pose an additional threat to the wetland.

In his research paper for Forest Research Institute, Dehradun, Bageshwer states, “Of the total 109 species of vascular plants observed in the study area, 16 are included in the list of Invasive Alien Species. According to Convention on Biological Diversity, 1992, invasion of the alien species is the second worst cause of loss of biodiversity in the world. Bio-invasion, a form of biological pollution, may be considered as one of the causes of extinction of species.”

State chief conservator of forests Kuldip Kumar said, “The Kanjli wetland is a conservation reserve which came under us only in 2018. We are trying to revive its ecology. This year, the bird strength saw a rise. We are aware that water hyacinth has been posing threat to its ecology and we are working towards it. We are not aware of any other invasive species, however, if there is any report, we will look into it.”