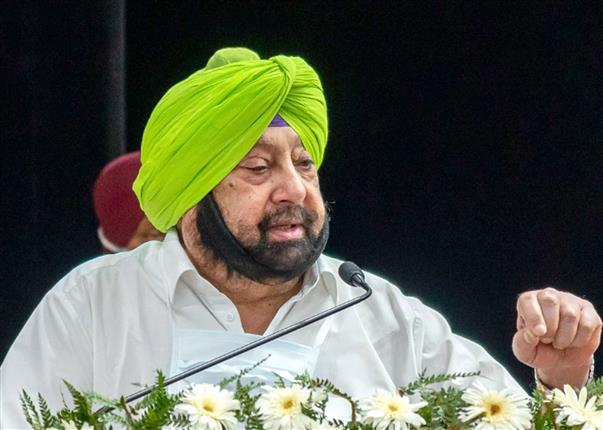 Hitting back at Navjot Singh Sidhu for calling Capt Amarinder Singh as "architect" of the Centre's three farm laws, the former Punjab CM has said Punjab Congress president was “clueless about the interests of Punjab and its farmers”.

“What a fraud and cheat you are Navjot Singh Sidhu! You’re trying to pass off my 15-year-old crop diversification initiative as connected with farm laws, against which I’m still fighting and with which I’ve linked my own political future,” Amarinder said after Sidhu posted an old video of the former CM.

"The architect of three black laws… Who brought Ambani to Punjab's kisani… Who destroyed Punjab's farmers, small traders and labour for benefiting one-two big corporates," Sidhu tweeted in an apparent reference to farmers' allegations that big corporates will dictate terms to agriculturists with the passage of these laws.

‘What a fraud and cheat you are @sherryontopp! You’re trying to pass off my 15-year-old crop diversification initiative as connected with #FarmLaws, against which I’m still fighting and with which I’ve linked my own political future!’: @capt_amarinder 1/3 https://t.co/Eg1aPJ1isS

In his retort to Sidhu, Capt Amarinder said, “It’s obvious you’re clueless about Punjab’s and its farmers’ interests. You clearly don’t know the difference between diversification and what the farm laws are all about. And yet you dream of leading Punjab. How dreadful if that ever happens!”

Amarinder went on add: “And it’s hilarious that you’ve chosen to post this video at a time when Congress govt in Punjab is going all out to promote its upcoming Progressive Punjab Investors’ Summit. Or are you opposed to that too?”

Amarinder Singh had resigned as the Punjab chief minister last month amid a bitter power tussle with Sidhu. Charanjit Singh Channi replaced him as the chief minister.