What happened under Hitler is happening in India, says Capt Amarinder Singh : The Tribune India 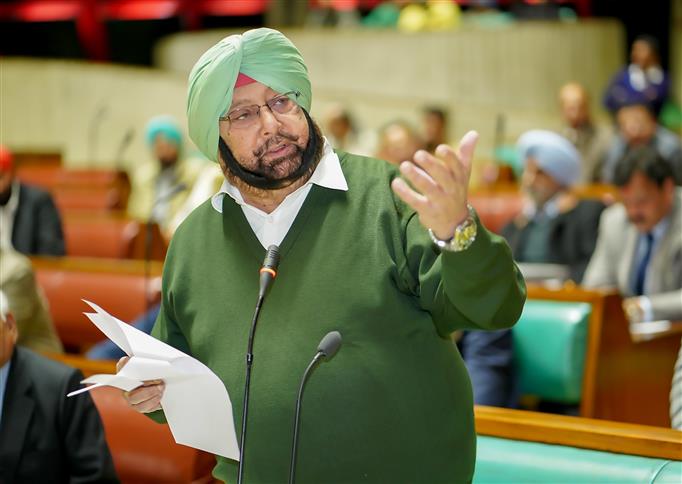 Terming the divisive Citizenship Amendment Act as a tragedy, Punjab Chief Minister Capt Amarinder Singh on Friday said that "what happened in Germany under Hitler in 1930 is happening in India now."

Addressing the Punjab Assembly, he said: "Germans did not speak then, and they regretted it, but we have to speak now, so that we don't regret later." He urged the Opposition, particularly the Akalis, to read Adolf Hitler's 'Mein Kampf' to understand the dangers of the CAA.

He said he would get the book translated and distributed so that all could read and grasp the historical mistakes that Hitler made.

"What is happening in India is not good for the country," said Capt Amarinder, adding that people could see and understand, and were protesting spontaneously without any instigation.

Making an impassioned plea to the Akalis to rise above politics and think about their own country before deciding on their vote, he said he had never imagined such a tragedy could happen in a secular nation like India, which had more Muslims than Pakistan.

I have sworn on the Constitution & I will continue to fulfill my duty as a loyal soldier. Sri Guru Nanak Dev Ji had said "Na koi Hindu, Na Mussalman" & it is in this spirit, Punjab Vidhan Sabha passed the resolution to appeal to Central Govt to repeal #CAA for India's interest. pic.twitter.com/lZQWqoeEKF

"Where will all those people, who you brand as non-citizens, go? Where will the 18 lakh people declared illegal in Assam go if other countries refuse to take them? Has anyone thought about it? Has the Home Minister even thought about what has to be done with the so-called illegal people? Where will the poor people get their birth certificates from?" asked the Chief Minister, declaring that "we all have to live together as citizens of secular India in our own interest."

People of all faiths have lived harmoniously together in this country all these years, and Muslims have given their lives for this country, said the Chief Minister, citing the example of Indian Army soldier Abdul Hamid, who received the Param Vir Chakra posthumously for his actions during the Indo-Pak war of 1965, just like many others.

The Cellular Jail in Andamans was full of Muslim names, he pointed out.

"Why have Muslims been excluded? And why have they (Centre) not included Jews in the CAA?" asked Capt Amarinder, pointing out that India had a Jew Governor, General Jacob, who also fought for the nation in the 1971 war.

Those responsible for this situation should be ashamed of themselves, said the Chief Minister, even as he lashed out at the Akalis for supporting the legislation in Parliament and then speaking on it in different voices to promote their political agenda.

Pointing out that Punjab had just celebrated the 550th Prakash Purb of Guru Nanak Dev, who taught that "koyi Hindu nahin, koyi Mussalman nahin, sab rab key bandey," Capt Amarinder asked the Akalis if they had forgotten the Guru's teachings.

"You should be ashamed, and you will repent this one day," he said, adding that he felt bad about speaking in such language but circumstances had made it necessary. — IANS