Wheat arrival up by 27% in Punjab 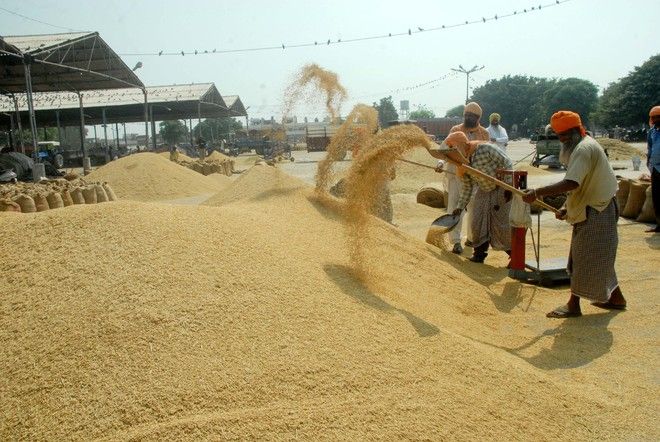 Punjab has accomplished 50 per cent of procurement operations within 20 days of the commencement of wheat buying.

In a statement issued here, a government spokesperson said that of the estimated 130 lakh MT of wheat, mandis recorded the arrival of 73.75 lakh MT so far. And 72.04 lakh MT has been procured.

“Mandis received 27 per cent more this year as compared with the corresponding period last year,”he said.

Sangrur district leads the state with the arrival of 7.27 lakh MT of wheat, of which 7.18 lakh MT was procured till April 19.

Meanwhile, the state government has warned traders and individuals against buying wheat directly from farmers without paying the market fee and rural development fund (RDF). “Traders and firms must stop this practice, otherwise they will have to a penalty 10 times the market fee in addition to market fee and RDF,” the spokesperson added. —