Wheat procurement in Punjab to begin from April 10

Apart from this, the social distancing norms would also be enforced there in 'mandis' 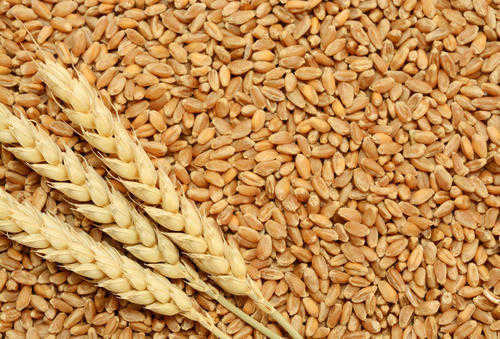 The wheat procurement in Punjab will begin from April 10 and all necessary arrangements have been made for it, Food and Civil Supplies Minister Bharat Bhushan Ashu said here on Thursday.

He said during the current season, the procurement agencies, as well as the FCI, would procure wheat at a minimum support price of Rs 1,975 per quintal.

He said the state's Agriculture and Farmers' Welfare Department has expressed the possibility of the arrival of 130 lakh metric tonne wheat in the state's 'mandis'.

In a statement, the minister further said the state government has increased the number of procurement centres from 1,872 to 4,000.

Ashu further said during the 2020-21 Rabi season, the state government has made arrangements for new jute sacks of 50 Kgs for the procurement of wheat for the central pool.

Due to the Covid-19 situation, the Punjab government had earlier decided to start the procurement season from April 10 instead of April 1, the minister said, adding the procurement would continue till May 31.

He also said a token system has been introduced in the state's 'mandis' to enable farmers to systematically bring their wheat to mandis.

Apart from this, the social distancing norms would also be enforced there in 'mandis', he added.

Ashu said the 'mandi' labourers would also be given masks.

He said all the deputy commissioners have been directed to make adequate arrangements for the wheat procurement in 'mandis'.

District-level control rooms and 'mandi'-wise grievance redressal committees have also been formed to sort out any issue raised by farmers, he said, adding the Food and Civil Supplies Department too has set up a control room at its Head Office for the redressal of farmers' complaints. — PTI