When Bikram told me to fight polls, I thought he was joking, says Majithia’s wife Ganieve Kaur

Ganieve, a 1996 graduate from Jesus & Mary College in Delhi, will contest from Majitha seat 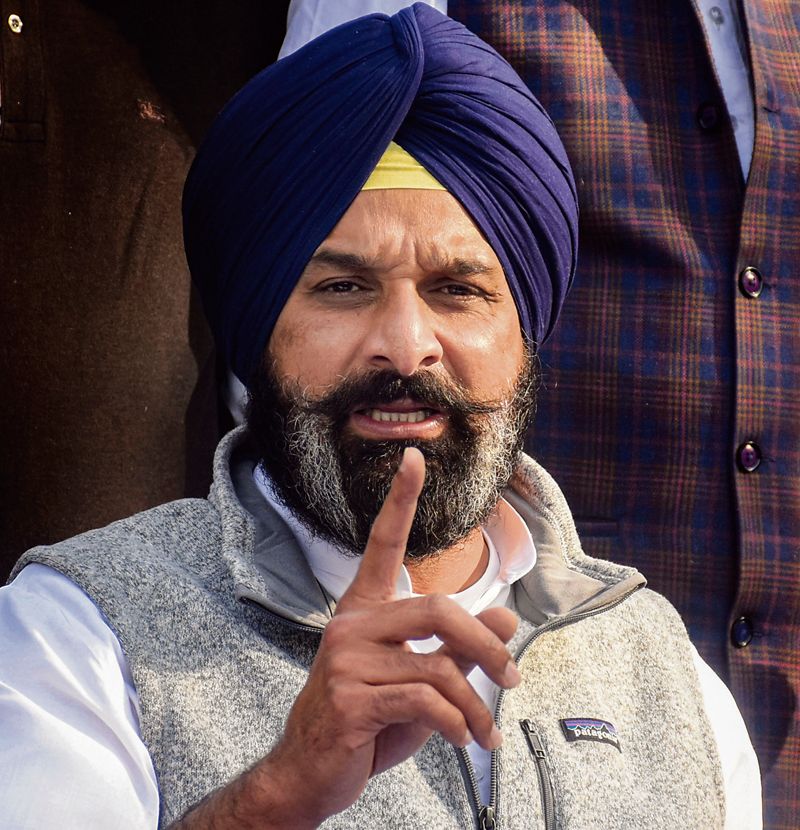 SAD leader Bikram Singh Majithia’s wife Ganieve Kaur on Wednesday said she thought her husband was joking when he told her to fight from Majitha assembly seat in Amritsar for the February 20 Punjab assembly polls.

The 46-year-old said she never thought of taking a plunge in politics.

Kaur on Wednesday visited religious places in Kathunangal in Amritsar marking her beginning in electoral politics.

Shiromani Akali Dal leader Majithia on Tuesday had announced that his wife will contest from the Majitha seat in his place and he would fight from Amritsar East from where Punjab Congress chief Navjot Singh Sidhu is seeking re-election.

Majithia has been representing Amritsar’s Majitha assembly segment since 2007.

“I will try my level best. I will take care of the Majitha constituency the way I look after my children,” Ganieve Kaur told reporters in Amritsar.

Asked about her decision, she said a lot of discussion on politics takes place at home but she never thought of entering politics and it was her husband who asked her to fight the election.

“I thought he was joking with me,” she said.

Now that she has taken the electoral plunge, Kaur said she will take the development agenda ahead.

“I will take the work done by him forward,” she said.

She said she was getting so much love from the people of Majitha, the constituency nurtured by her husband who devotes a lot of time there.

Kaur said she always prayed for her husband though never actively campaigned for him.

Majithia on Tuesday had said his family members always prayed for him but they never participated in politics.

“Even till two days ago, my wife did now know that it could happen,” Majithia had said.

Navjot Sidhu last week had dared Majithia to leave the Majitha assembly seat and fight only from his constituency.

Bikram Majithia and Ganieve Kaur had got married in 2009. They have two sons.

Ganieve is a 1996 graduate from Jesus & Mary College in Delhi.