Will fare much better in Punjab, says BJP : The Tribune India

Will fare much better in Punjab, says BJP

Party may be restricted to a single digit: Exit polls 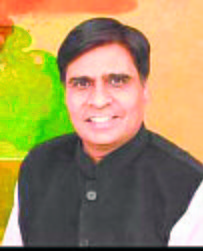 While the exit polls have predicted a dismal performance by the BJP in Punjab, the party says it will perform much better when the counting begins on Sunday.

The party had contested 23 seats as a junior alliance partner of the SAD for 24 years, before the latter walked out over the farm laws. This time, the saffron party was contesting 73 seats, leaving the rest for the alliance partners — the PLC and SAD (Sanyukt).

Two days ago, Home Minister Amit Shah had claimed the party would do better than expected and hoped it would play an important role in the government formation in Punjab. But exit polls have predicted that the party may be restricted to a single digit.

Reacting to the poll surveys, party’s state general secretary Subhash Sharma said they don’t agree with what was being shown in the exit polls and their performance would be much better. “In the past too, the exit polls have gone way off the mark.”