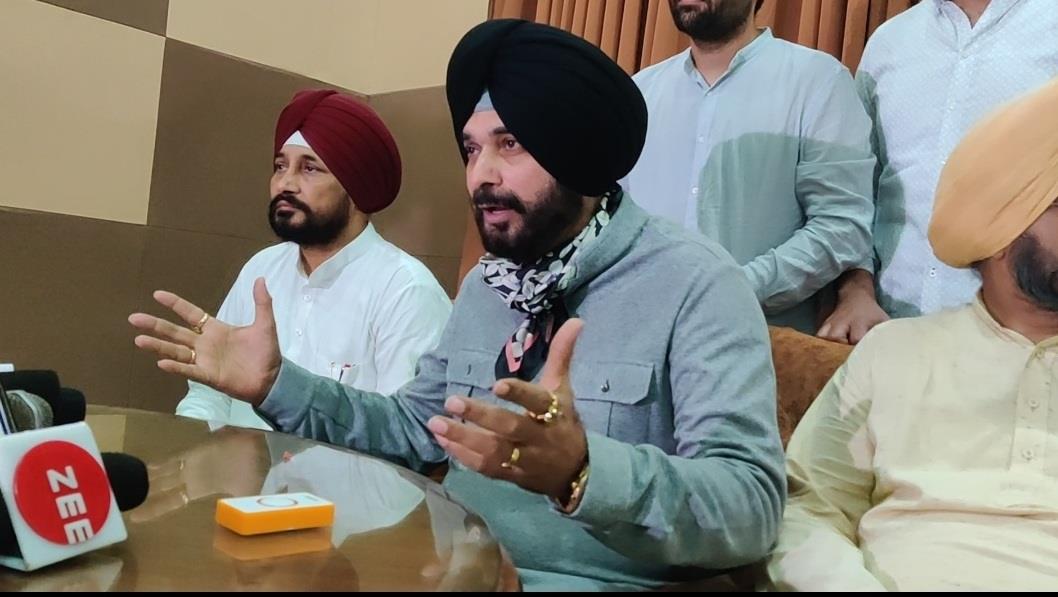 Newly-appointed Punjab Congress chief Navjot Singh Sidhu on Saturday said for him the “victory” of the Samyukt Kisan Morcha is a top priority and he will go “barefoot” to meet farmers protesting the Centre’s farm laws whenever they call him.

The Samyukt Kisan Morcha is an umbrella body of farmer unions spearheading the agitation against the Centre’s three farm laws.

Farmers have been protesting at Delhi borders since late November, demanding the repeal of the laws.

“I consider the victory of the Samyukt Kisan Morcha as my top priority. I have been calling the farmers’ agitation as sacred for the past one year,” Sidhu told reporters at Chamkaur Sahib, where he got a rousing reception from party workers, a day after taking charge as the state Congress chief.

Later, he told reporters at Morinda that he wants to ask the protesting farmers how the Punjab government can assist them in their cause.

“I want to ask them how our government’s power can help them in a big way. Look, rising cost, declining yield and income for the past 25 years are forcing farmers to hold agitation. It is our intention that this social movement should convert into an economic power,” said Sidhu.

He recalled that he had put up a black flag at his house in support of agitating farmers. “Whenever they call me, I will go barefoot and take their blessings,” he stated.

“Every Punjabi wants justice in ‘beadbi (desecration) of the Guru Sahib’,” Sidhu said. He said people want to know the names of the big fish behind the drug menace.

“Why we have a power purchase contract at Rs 18 a unit when it is available at Rs 2 per unit. When we know every year, solar power rates are declining by 20 per cent, then why Punjab pays from Rs 7 to 18 per unit. Why should it not be bought from the national grid? We have to give answers to all these questions,” Sidhu said raising the issue of power high tarrif.

Sidhu further said his party has an 18-point agenda.

“Every MLA, MP and worker is a guard of this agenda and it has to be implemented,” asserted Sidhu.

“We have no option other than this to move forward,” said Sidhu while pointing towards the 18-point agenda.