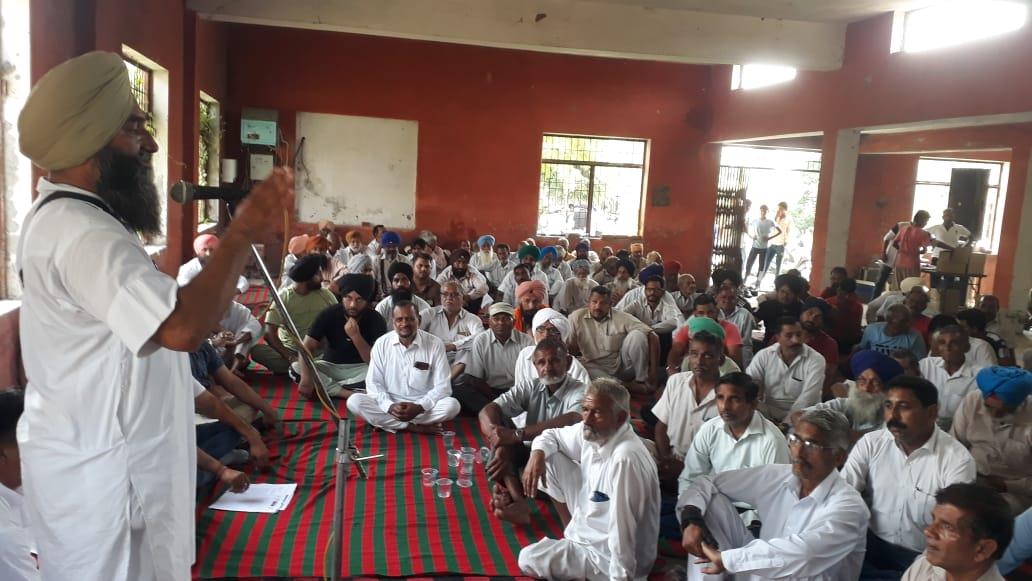 A mahapanchayat held under the banner of the Ilaqa Sangharsh Committee at Darroli Lower village today decided to oppose desilting of riverbeds in the area.

The participants, including sarpanches and panches, said they would not allow desilting of rivers near their villages as it had already destroyed the ecosystem and lead to depletion of groundwater.

Comrade Surjit Singh Dher said, “Illegal mining has already taken a toll on the ecology. Ahead of the Assembly poll, the Aam Aadmi Party had promised to keep tabs on mafia. After coming to power, AAP is preparing to desilt the same riverbeds.” He claimed that locals were not consulted before making the list of proposed delisting sites.

Tikka Yashvir Chand said, “The Mining Department is preparing to desilt 49 spots. Of these, 30 are in Nangal and Anandpur Sahib. This area has already faced illegal and unregulated mining in the past decade, which led to depletion of groundwater.”

Hardev Singh, chief, Ilaqa Sangharsh Committee, said, “Due to illegal mining, the level of riverbed has gone down, which resulted in reduction of groundwater table in the area. As a result, tubewells in the villages adjoining the riverbeds have gone dry.”

Though the new mining policy has already been challenged in the court, we would not allow any such activity in the area, added Hardev.

Meanwhile, XEN Manpreet Singh Gill said the decision related to desilting of the riverbeds in the district was still pending.