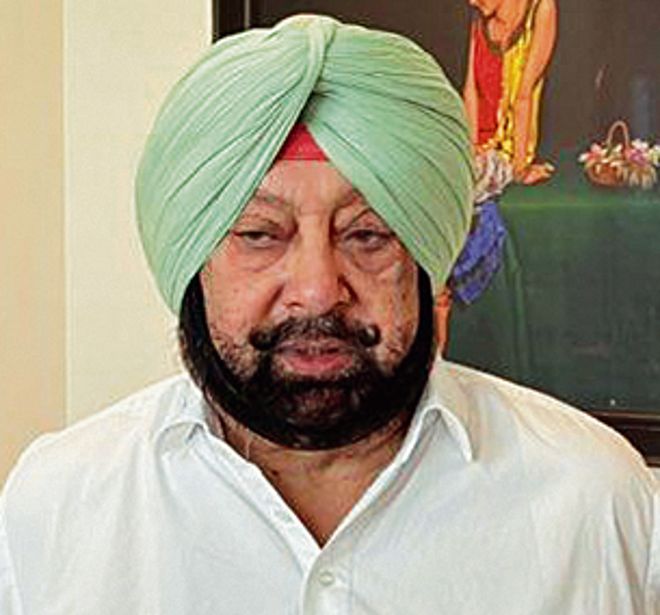 Days after quitting as Punjab CM, Capt Amarinder Singh, on Wednesday said he was determined to put up a candidate against Pradesh Congress chief Navjot Singh Sidhu in the coming Assembly polls to “ensure his defeat” as he was “dangerous for the state.” The remarks could invite disciplinary action from the party high command as Captain is still a member of the Congress.

Asserting that he would quit politics only on a high note, the former CM said he had offered to resign three weeks ago but was asked by AICC president Sonia Gandhi to continue in office. “If she had called me and asked me to step down, I would have done so.” Captain claimed that “inexperienced” Rahul Gandhi and Priyanka Gandhi Vadra were being clearly misguided by their advisers.

It is sad that Sidhu, who could not handle his own ministry, should be managing the Cabinet. Capt Amarinder Singh, ex-CM, Punjab

In a dig at those who had been accusing him of not taking action against the Badals and Majithia in the sacrilege and drugs cases, he remarked: “Now that they are in power, let them throw the Akali leaders behind bars, if they can.” On Sidhu and his aides charges that he had not reined in ministers with ties with the mining mafia, quipped: “Those very ministers are now with these leaders.”

Alleging that the state of Punjab was being run from Delhi, Captain asked: “How can Congress leaders like Venugopal or Ajay Maken or Randeep Surjewala decide who is good for which ministry?”

In a swipe at Sidhu, the former Chief Minister said: “I had a very good Punjab Pradesh Congress Committee (PPCC) president. I took his advice but he never told me how to run the government.” He said it was sad that Sidhu, “who could not handle his own ministry, should be managing the Cabinet,” adding that under “this drama master’s leadership, it would be a big thing if the Congress managed to reach double digits in the polls.”

The former Chief Minister pointed out that while Channi was intelligent and well-educated, he had no experience in managing Home affairs, which was critical for Punjab that shared a 600-km border with Pakistan.

Now that they (his critics) are in power, let them throw the Akali leaders behind bars.

Inexperienced Rahul Gandhi and Priyanka are being clearly misguided by their advisers.

Channi is well-educated, but he has no experience in managing Home affairs. Capt Amarinder Singh