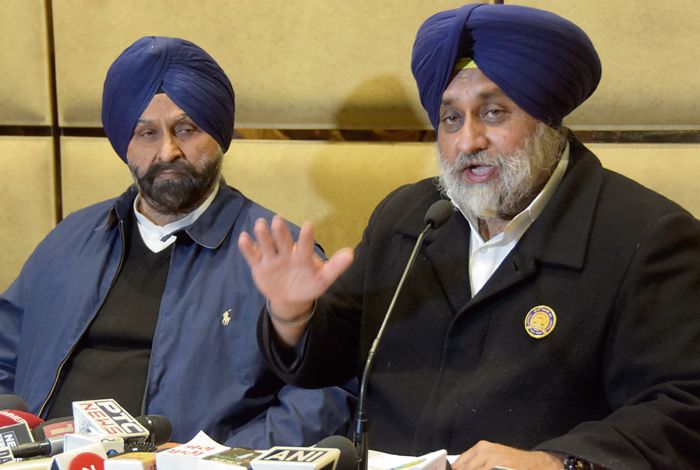 SAD president Sukhbir Singh Badal today demanded immediate arrest of former DGP Sidharth Chattopadhyaya for taking orders from a proclaimed offender in the Bhola drug case even as he asserted former minister Bikram Singh Majithia had been implicated in a false drug case by the Congress government.

Targeting the Channi government and police top brass, the SAD chief said he would quit politics if a single shred of evidence of wrongdoing in the drug case was proved against Majithia, adding the entire conspiracy to implicate him would be exposed once the former DGP was arrested.

Asserting that evidence against the ex-DGP was in public domain, he said it was surprising the Congress government had not taken action against him so far. “We have an audio tape of a DGP taking orders from a proclaimed offender,” he claimed. Badal wondered as to why the government had not taken action against singer-turned-Congress leader Sidhu Moosewala, who was also a proclaimed offender. “Even LIP leader Simarjit Bains has not been arrested despite being booked in a rape case,” he remarked. — OC

Amritsar: A team of Punjab Police’s crime branch raided the ex-minister Bikram Singh Majithia’s house on Tuesday. The team from Mohali along with local officials, searched his residence but returned empty-handed. Crime branch police station incharge Kailash said the action was taken based on an FIR lodged under the NDPS Act.