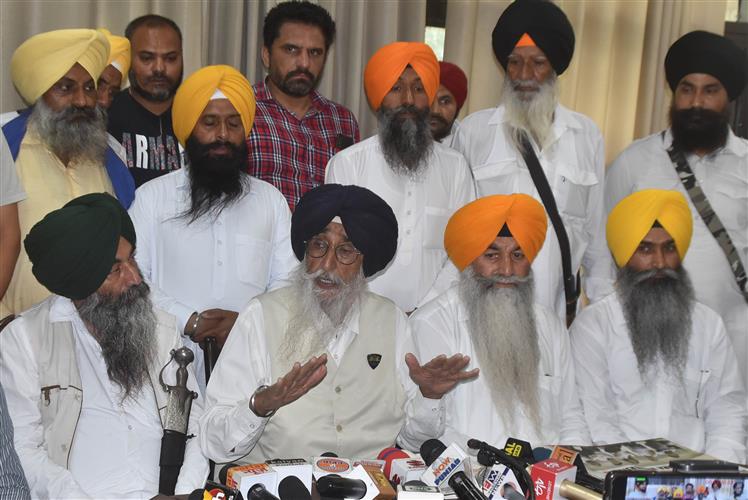 The SAD (Amritsar) chief and newly elected MP from Sangrur, Simranjit Singh Mann, today alleged that the Badal family did not allow the Shiromani Gurdwara Parbandhak Committee’s (SGPC) elections for the past 11 years.

Talking to mediapersons here today, the MP said the right of the Sikh community was being violated by not holding elections to the SGPC. He said he would raise the issues of holding the SGPC poll, release of Sikh prisoners and water crisis in Parliament.

The MP claimed that Punjab water was continuously flowing to Haryana and Rajasthan whereas according to the riparian law, if the river passed through the state, the state had the right over the water. “First the Akali Dal, then the Congress and now the Aam Aadmi Party are looting Punjab’s water,” he said. The MP also opposed the setting up of industry near the Mattewara forest.

Rejecting the SIT report on sacrilege incidents, he alleged that the Badals and representatives of the then government had a direct hand.

Mann said the crushing defeat of AAP in the Sangrur Lok Sabha bypoll proved that people preferred a leader who had the interests of Punjab on mind.

“The state government is being run by Raghav Chadha at the behest of Delhi CM Arvind Kejriwal,” he said.

To a query on the presidential election, the MP said he hoped that Droupadi Murmu, a tribal woman leader, would speak for tribals and Sikh prisoners. He said he would vote after consulting the party leaders.