Will rope in super-specialists for govt hospitals: Health Minister : The Tribune India

Will rope in super-specialists for govt hospitals: Health Minister 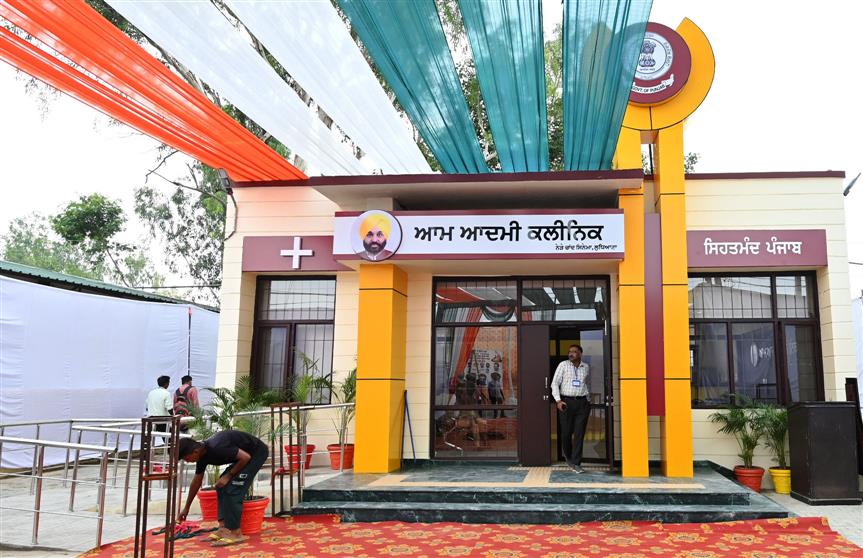 The Punjab Government is planning to rope in super-specialists for tertiary care treatment in the state.

Apart from this, with an aim to provide free and top-class treatment to people, Chief Minister Bhagwant Mann will dedicate 500 Aam Aadmi Clinics to the people of Punjab.

Earlier, he had inaugurated 100 clinics that were built in the first phase on August 15. Now with the completion of 400 new clinics, the total number will rise to 500.

Addressing a press conference in Mohali, Finance Minister Harpal Singh Cheema and the Health Minister said the inauguration programme for the clinics would be held in Amritsar on January 27. The CM will inaugurate the clinics, while AAP convener and Delhi Chief Minister Arvind Kejriwal will attend the programme as the

Cheema said it was a matter of great pride that a revolution in the health sector had started in Punjab within a year of formation of the AAP government. Before the elections, Kejriwal had given a guarantee to the people of Punjab of providing free treatment and setting up mohalla clinics. “Now the CM is fulfilling all his promises,” he said.

However, the ministers remained a little evasive on the issue of transfer of Health Secretary Ajoy Sharma, reportedly after he refused to give approval for spending Rs 30 crore on an advertisement campaign of Aam Aadmi Clinics on which government has spent Rs 10 crore.