Will wait for results, but open to tie-up: Akalis : The Tribune India

Will wait for results, but open to tie-up: Akalis 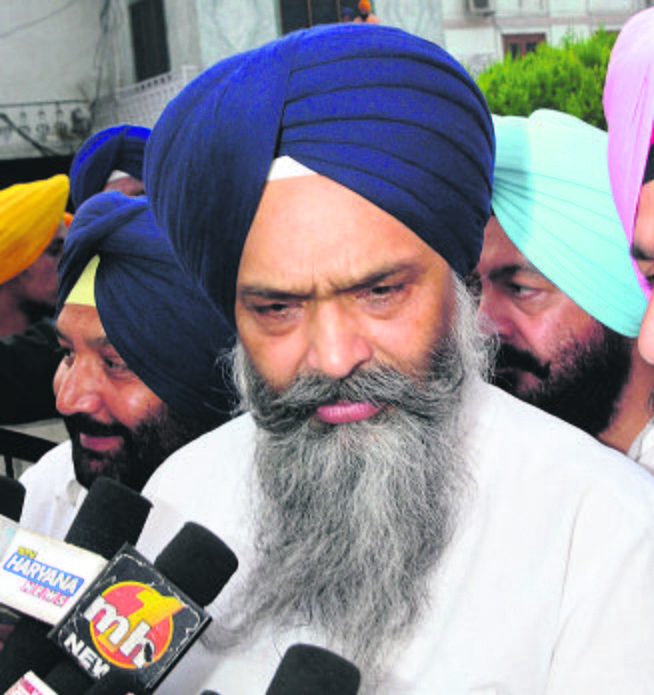 Reacting to the exit polls projecting an AAP government in Punjab, the SAD said it would wait for people’s mandate on March 10. The party, however, said it was open to a post-poll alliance with the BJP, even though no such talks were currently on with the saffron outfit.

May ally with BJP

If the party falls short of the half-way mark, it may consider the BJP as an alliance partner. No talks are currently on. Prem Singh Chandumajra, Akali Leader

Most of the exit polls have predicted Akalis getting between nine and 26 seats. Dr Daljeet Singh Cheema, SAD spokesperson, said the exit polls can’t be correct as there was such a vast difference between the polls conducted by different agencies and media houses. “If these pollsters have their finger on the pulse of people, their projection should be similar or at least close to one another’s.”

Meanwhile, asserting that the SAD-BSP alliance will form the next government in the state, senior Akali leader Prem Singh Chandumajra today said if they fall short of the half-way mark, they may consider the BJP as an alliance partner. He, however, clarified the SAD was currently not in talks with the BJP in this regard, and was rather opposed to the “anti-Punjab” decisions of the Centre.

Lashing out at CM Charanjit Channi for seeking time from Home Minister Amit Shah for a meeting regarding the BBMB and other “anti-Punjab” decisions, he said 10 days ago, senior Congress leader Sunil Jakhar had raised the issue and urged the CM to lead an all-party delegation

to the PM. The CM didn’t bother then, but had sought time from Shah now in an apparent bid to save his family from the ED, he claimed.

He further said it was the need of the hour for all Punjabis, irrespective of the party affiliation, to join hands and force the Centre to withdraw all “anti-Punjab” decisions taken after the state went to the polls.

(With inputs from Fatehgarh Sahib)