Moga woman chains son to keep him off drugs 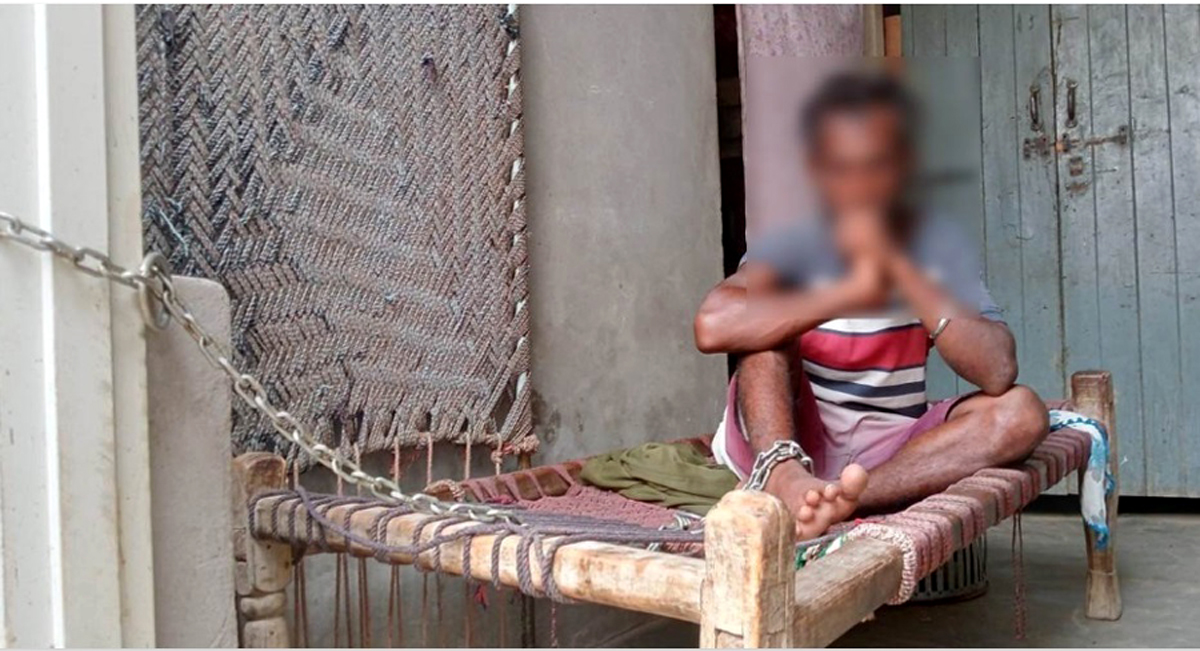 A youth tied with a chain at Moga's Buttar Kalan village.

A 23-year-old youth, Jagdev Singh, addicted to drugs for six years, has been tied with an iron chain allegedly by his mother at Buttar Kalan village in Nihalsinghwala subdivision of the district to prevent him from taking drugs.

The mother of the addict, Darjo Rani, said, “I decided to tie him with a chain on a cot so that he does not go out of the house to get drugs and also to save the family members from his violent behaviour.”

She said he had promised to leave drugs a number of times, but again started consuming “chitta” in bad company.

“I am upset and think a lot about my younger son when all other family members go to sleep. I have tied my son with a chain out of compulsion to save his life from the scourge of drugs,” she said, while claiming drugs were easily available in her village, even after a change of guard in the state.