Won't be browbeaten, says Bajwa after Punjab ministers seek action against him 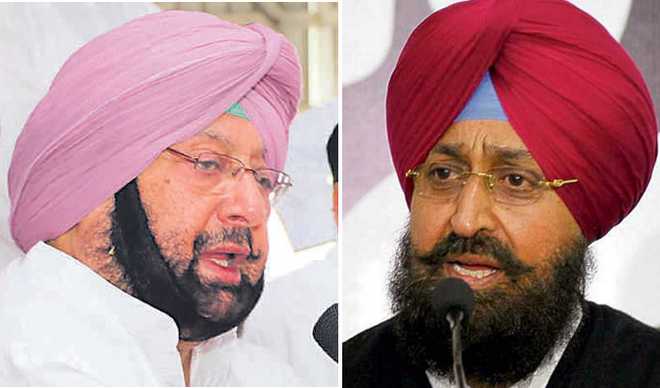 The issue came up for an informal discussion just before a Cabinet meeting here on Tuesday.

A press release by the chief minister’s office says that ministers agreed that there should be action against Bajwa, who continued to make statements criticising the chief minister despite “repeated pleas from the party”, even asking for a change at the helm of the state government. The press release called Bajwa’s action “sheer indiscipline” and said party leaders wanted immediate action against the former chief of Punjab Pradesh Congress Committee.

“The ministers accused Bajwa of playing into the hands of the Shiromani Akali Dal (SAD) and the Aam Aadmi Party (AAP) by pitching himself against his own party leadership, especially at a time when the entire opposition was in a state of disarray, posing no real challenge to the Congress in the state,” the press release said.

“Such rebellion, if not nipped in the bud, could send the wrong message down the rank and file of the Punjab Congress, which had been on a high since taking over the state’s reins around three years,” the release said, adding that while Congress believed in democratic principles, “such public display of difference of opinion and mutinous declarations from a senior member were detrimental to the interest of the party”.

“We cannot allow this to become a free for all,” the statement quoted Charanjit Singh Channi as saying, while Brahm Mohindra wanted the chief minister to take up the issue with the Congress high command in Delhi.

“Any dissent should be discussed and resolved within the party forum,” the press release quoted Mohindra as saying.

In a statement he issued on social media platforms on Tuesday evening, Bajwa accused Amarinder Singh using his “reluctant” cabinet colleagues to counter his allegations.

Bajwa said in response on Tuesday: “My accountability is to the people of Punjab and I shall not be browbeaten by these tactics of Capt. Amarinder Singh who could not muster enough courage to rebut my allegations but needed the shelter of his reluctant Cabinet colleagues to do the same. I openly dare Capt. Amarinder Singh to hold a public debate with me on the issues raised and let the public be the judge”.