In a statement, International President of World Punjabi Organisation Vikramjit Singh Sahney says it is the need of the hour to bring the Afghan-origin Sikhs and Hindus safely to India as their lives are in grave danger 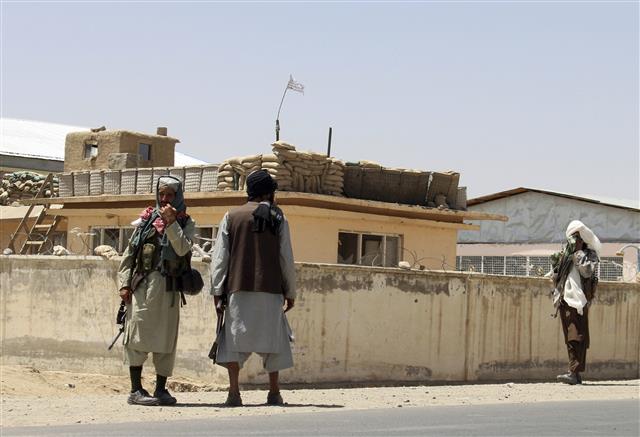 Taliban fighters stand guard inside the city of Ghazni. AP/PTI

The World Punjabi Organisation has appealed to Union Home Minister Amit Shah for early evacuation of 257 Afghan Hindu and Sikh families from Kabul in view of the deteriorating security situation in Afghanistan.

In a statement, International President of World Punjabi Organisation Vikramjit Singh Sahney said it is the need of the hour to bring the Afghan-origin Sikhs and Hindus safely to India as their lives are in grave danger.

The organisation is ready to do the needful for the rehabilitation of those who would come from Afghanistan and provide them training for job-oriented courses free of charge, the statement said.

Sahney had last year sent three chartered flights to evacuate 500 Hindu and Sikh families from Kabul, Ghazni and Jalalabad and other areas of Afghanistan.

He also thanked the home minister for granting long-term visas to those who had already come to India and requested him to grant them citizenship under the Citizenship Amendment Act enacted last year, the statement said.

The Taliban completed their sweep of the country's south on Friday as they took four more provincial capitals in a lightning offensive that is gradually encircling Kabul, just weeks before the United States is set to officially end its two-decade war.

In just the last 24 hours, the country's second and third-largest cities - Herat in the west and Kandahar in the south - have fallen to the insurgents as has the capital of the southern Helmand province, where American, British and NATO forces fought some of the bloodiest battles of the conflict.

The blitz through the Taliban's southern heartland means the insurgents now hold half of Afghanistan's 34 provincial capitals and control more than two-thirds of the country weeks before the US plans to withdraw its last troops. PTI