Worst-ever drubbing for SAD in 102 years 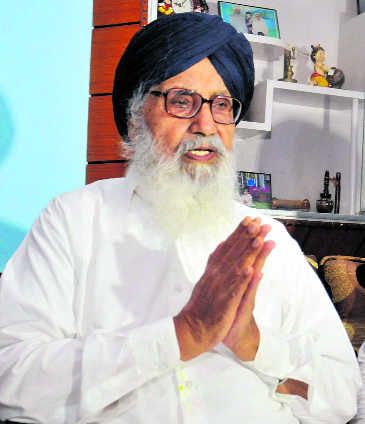 The SAD suffered its worst drubbing ever in the 102 years history of the party, winning just three seats in the Assembly elections, results of which were declared on Thursday. Its alliance partner — BSP — could bag just a single seat.

The SAD has called its core committee meeting on March 14 to discuss and reflect on the poll debacle. Party senior vice-president Harcharan Bains said the committee would meet at 2 pm.

Bikram Majithia, lodged in Patiala jail in a drugs case, came third in the Amritsar East constituency. He can find solace in the fact that he contributed in the defeat of his bête-noire and Congress state chief Navjot Singh Sidhu.

Party’s vote percentage fell from 25.2% last year to 18.4%. The Akalis lost badly in all three regions — Majha, Doaba and Malwa — winning one seat each from the three regions, out of the 117 seats.

Jagtar Singh, a political historian, termed it a disgrace for the party. “The party seemed badly disconnected with the masses. It was alienated from the ground realities in 10 years of rule from 2007 to 2017 and later during the Congress regime since 2017.”

Political analyst Dr Pramod Kumar termed the result as historic that threatens to change the contours of the state politics. “The voters have not been swayed by dera-based politics or village-level factionalism. The AAP has clearly emerged as a catch-all party and this will impact politics in north-western India at the peril of parties like the SAD.”

Political commentator Prof Manjit Singh said the Akalis could not wash off the stains of sacrilege cases, drugs smuggling and other mafia.