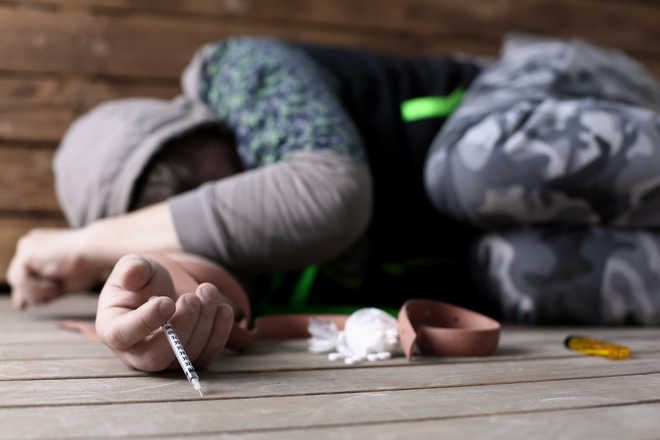 Krishan Singh of Dhaula village allegedly died due to a drug overdose here yesterday. This is reportedly the 12th death due to the drug menace in the district in four months. Eight of them belonged to Malout subdivision.

Sukhmandar Singh, a resident of the village, lodged a complaint with the Kabarwala police alleging that he saw Satpal Singh injecting a drug in the left arm of his son, Krishan, with the help of Ajit Singh at Sham Khera village. The police have booked both Satpal and Ajit under Sections 34 and 304 of the Indian Penal Code. They are yet to be arrested by the police.