Hills make for a perfect backdrop in Cuttputlli and cinematographer Rajeev Ravi’s lens captures it beautifully : The Tribune India 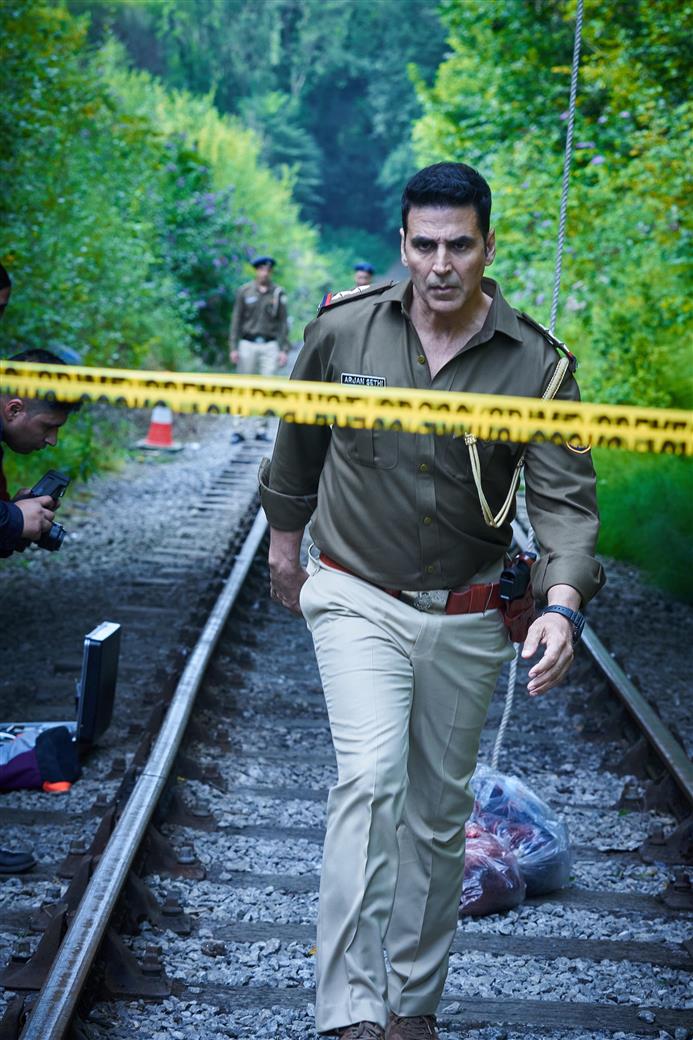 Thrillers and remakes seem to be the flavour of the season; Ranjit M. Tewari’s directorial Cuttputlli checks both the boxes and delivers an engaging crime drama. The most prolific actor of the times, Akshay Kumar, steps into the uniform of SI Arjan Sethi in this 2018 Tamil crime thriller Ratsasan’s remake.

A deceased cop’s son Arjan Sethi rents a room in Parwanoo and wants to make a movie on a serial killer. He has given seven years of his life researching and perfecting his script. Despite several trips to Chandigarh, his attempt to find a producer has been in vain. Frustrated, he finds a job with the Himachal Pradesh Police. His first posting is in Kasauli, where he shares home with his sister Seema Singh (Hrishitaa Bhatt), brother-in-law Narinder Singh (Chandrachur Singh) and niece Payal (Renaye Tejani).

Call it the universe listening to his deep desire; the region is rocked by a series of killings of school girls. The killer leaves a mutilated face of a doll in the gift box as a signature. Too new to lead the investigation, he pushes his way in SHO Gudia Parmar’s (Sargun Mehta) team, while more girls go missing, including his niece Payal.

Hills make for the perfect backdrop for this crime drama, and cinematographer Rajeev Ravi’s lens captures it beautifully. The screenplay is taut, engaging and entertaining in bits and pieces. One thing leads to another and one is invested in the story through these two hours and 14 minutes. Background score by Julius Packiam is befitting this story of cat and mouse chase.

Ranjit M Tewari and Akshay Kumar team up once again after Bell Bottom. Akshay delivers a sincere performance. He has been rocking yellow since the 90s and continues to do so even if calls for a rather out of place party number. Rakul Preet Singh as his lady love fits the part. Sargun Mehta as his superior delivers a fine performance. Gurpreet Ghuggi, Chandrachur Singh, Hrishitaa Bhatt, Joshua LeClair do live the part that comes their way. It’s NSD alumnus Sujith Shankar, who makes you cringe, a win for the portrayal of negative character that comes his way. While the climax keeps you hooked, especially on strength of its background score, the serial killer’s back-story is rather rushed through. Not massy or pacy, but Cuttputlli unfolds page by page among the pristine hills. If you can overlook some cinematic liberty, and haven’t seen Ratsasan, it makes for a good one time watch.