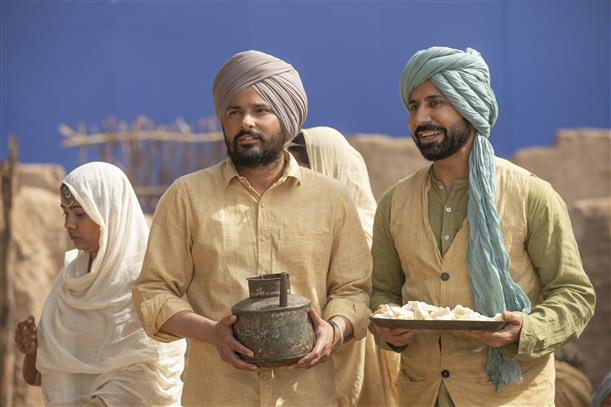 There are period films that narrate a story of different times, but there are some among them which take you along the journey. Chhalla Mud Ke Nahi Aaya fits in the latter category. It is the directorial debut of Amrinder Gill and quite a successful one at that! Written by Amberdeep Singh and transformed into a visual treat by Amrinder Gill and Canadian cinematographer, Dan Dumouchel, the film is a piece of art.

It is based on true events when Punjabis started migrating to Canada and other countries for better opportunities after the First World War. The time period and the age-old customs, such as women in veils, to the language of the time, each detail has been taken care of. The silver jewellery and salwar kurta of the women, kuccha houses of villages, costumes of the entire cast, Englishmen with big moustaches, every factor makes an impact. While Karamjit and Binnu Dhillon’s character has much to do with carving out the perfect hero out of Amrinder’s role as Chhalla Singh, it’s the female characters like Sydney, Sargun or for that matter Chhalla Singh’s grandmother that keep the entertainment quotient going.

The film has humour, emotion, great storyline and definitely a worthy climax, as it captures the pain of ninety per cent of Punjabi diaspora who have to send their children or part way from lovers for better career opportunities. Watch this one for it has already set a new benchmark, wherein Sargun-Amrinder duo take it up a notch higher from their previous period-hits like Angrej and Lahoriye.