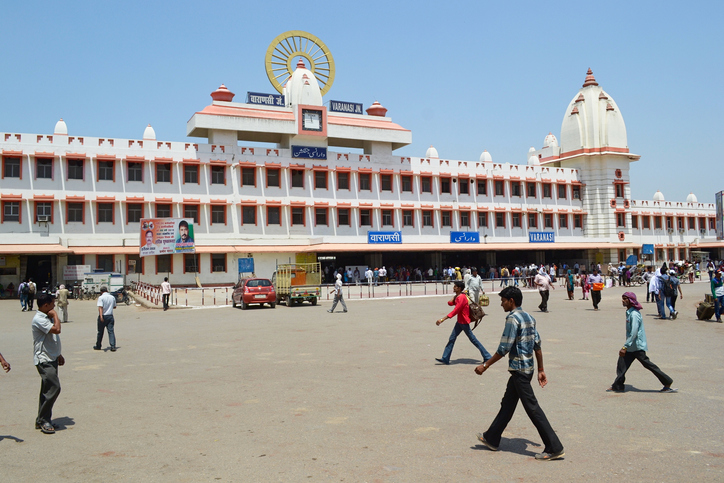 Twelve railway stations in the Varanasi division of the North Eastern Railways (NER) will soon turn into 'green zones'.

Divisional Railway Manager Vijay Kumar Panjiyar said: "So far, 12 railway stations selected in the division are being developed as green stations, by seeking consent to operate from UP and Bihar pollution control boards, in order to check the water and air pollution as per the prescribed standards of National Green Tribunal."

Panjiyar said: "All work, including energy and water conservation in the division is being done for environment conservation."

The Manduadih railway station has already been developed to the same standard and it has received 5S certification from Quality Circle Forum of India.

Measures like water recycling plants and automatic coach washing plants installation at Manduadih and Chhapra coaching depots and bio-toilets in coaches are not only helping in checking wastage of water and disposal of 2.74 lakh litres of bio-waste between tracks but also improving sanitary conditions.

"The railway establishments and residential colonies show how the railway employees conserve the greenery by taking care of plants and trees after plantation. Green nurseries are also being developed on land strips available along railway tracks in Chhapra, Ballia, Mau and Ghazipur City stations. Pump automation is being done in division for water conservation," the official said.

Replacement of diesel locomotives by electric locos with the completion of electrification work, is also bringing down the pollution caused by diesel. He also said that measures like production of 33,441 units of solar power, rain water harvesting systems, digitalization of offices and complete check on single use plastic have been initiated in the division. An Ayush garden with medicinal plants is also being set up. IANS