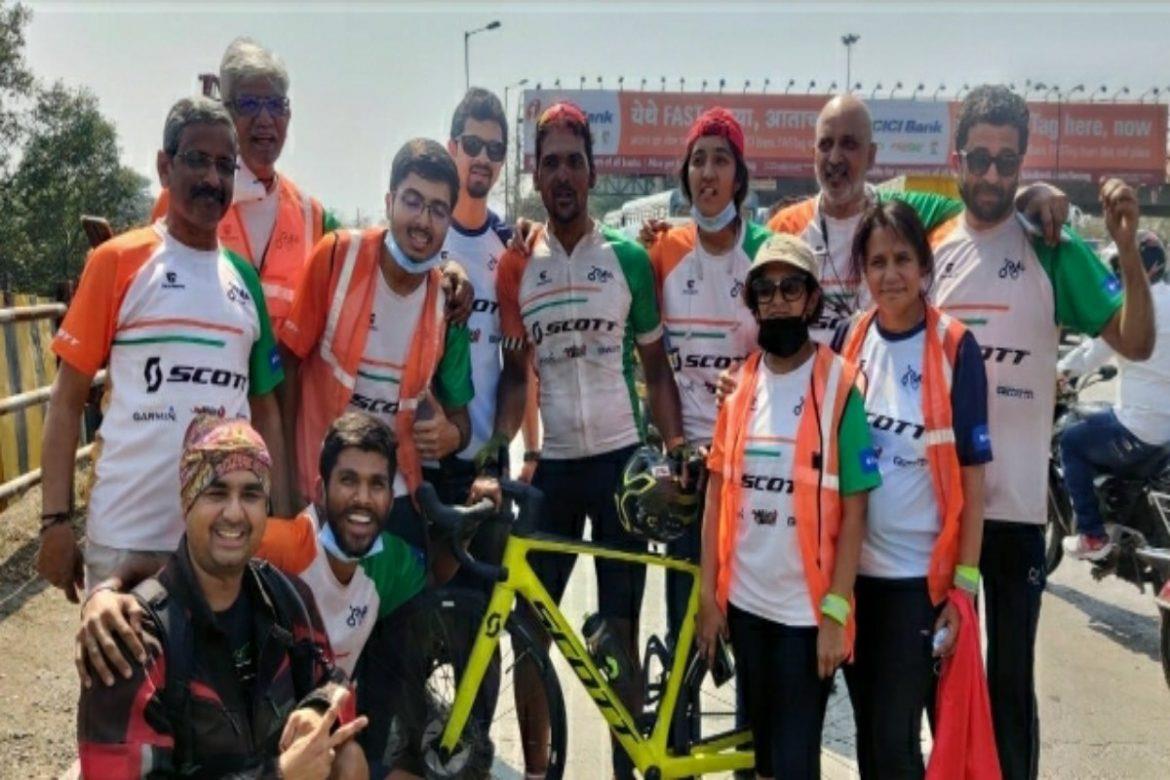 Overcoming bad road conditions and a slew of other challenges, Nagpur resident Amit Samarth has successfully cycled the 6,000-km Golden Quadrilateral, which touches all the metro cities of India, in just over 13 days, an effort what can earn him an entry into the record books.

Samarth, 43, a qualified doctor from the orange city in eastern Maharashtra, started from the outskirts of the financial capital in the wee hours of February 15 and completed the ride by reaching the same spot on Sunday, after traversing the challenging distance.

Once approved, Samarth, who has already finished tough rides like the 5,000-km Race Across America (RAAM) and the 9,100-km Trans Siberian Extreme, will be the fastest cyclist to cover the 6,000-km GQ (Golden Quadrilateral).

The ride, which was done by using the best of technology which helped anybody track Samarths progress on a real time basis, saw him go to Chennai first, from where he cycled along the east coast to Kolkata, took the plains to touch New Delhi and finally came to Mumbai via Jaipur and Rajasthan.

On his way back to Nagpur from Mumbai, Samarth said he lost time in cities (a 35-km stretch near Vishakhapatnam took three hours) due to bad road conditions at Rajamahendravaram (AP), Varanasi, Jharkhand, farmer protests in Rajasthan and traffic snarls at Gurugram.

I was physically confident of doing the distance in 12 days but for these challenges. This is our country and we need to love it the way it is, Samarth said, adding preparations for the ride included rigorous practice on indoor trainer and also cycling 600 km on weekends.

Navigation, sleep schedules, bicycle maintenance and nutrition were to be taken care of. And fulfilling this was a crew of 22 people who were in three vehicles accompanying the rider.

He was required to consume 10,000 calories a day, which were met through protein shakes, dal khichdi with ghee and also having a dozen gulab jamuns a day! With the clock ticking continuously, sleep was a luxury which was not enjoyed for more than two hours a day.

The remaining 22 hours were spent on the saddle, pedaling in.

Samarth said he slept on the roadside by putting up a bed and mosquito net and added improvisations like shifting the sleep times to afternoon had to be done as the summer was progressing fast.

Samarth said a lot of data has been collected from the ride, which includes his power output, heart rate, muscle oxygen levels, which has been made public as well.

A ride like this costs over Rs 50 lakh and the money for the GQ trip was raised with help from sponsors willing to bet on the nascent ultracycling discipline, he said.

About future plans, Samarth said he is looking to compete in more ironman triathlons and also better his timing at RAAM. PTI