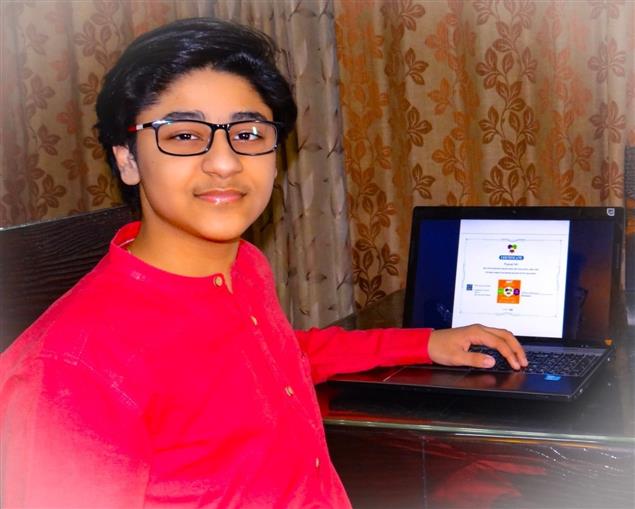 Fourteen-year-old Prajwal NH, a student of Class IX at BGS National Public School, Bengaluru, has built a news app called NewsSir that allows users to curate and customise their newsfeed.

Prajwal was able to bring his dream project to fruition after attending a competition organised by Atal Innovation Mission with the guidance of his mentor Bhavesh Goswami, founder & CEO of CloudThat. The project helped kickstart Prajwal’s journey as a ‘social entrepreneur’ and he recently co-founded Cloud Attack, a cloud computing solutions and consulting company.

A technology enthusiast and a budding social entrepreneur, Prajwal has been learning coding for three years and has a keen interest in building applications that have social implications and solve issues people face daily. He learnt coding from popular online code learning platform Codingal.

Speaking about his application NewsSir, Prajwal says, “I saw the gap between how most people around me consumed news and the news they actually wanted to read. I wanted to give people the option to have a personalised news feeds based on their taste and interests. I am happy I got an opportunity to build this app under Atal Innovation Mission and I hope more and more people will start using the app.”

Prajwal was interested in electronics and robotics from a very young age. When he was in Class VI, he joined a robotics class which required him to learn C and C++ programming languages. He says he also enjoyed dismantling his toys and using the electronics to build his own motor-based toys.

The first time Prajwal realised the level of his coding skills and his real potential was when he attended a hackathon for school kids that was hosted by Codingal.

Prajwal says he was drawn to coding once he discovered the immense power that coding gave him to create anything and everything that he could imagine. “Learning to code helped me realise one of my dream projects. I urge fellow coders to start creating applications and experiment more. Like me, they too can come up with exciting solutions to solve big problems. We do not need any high-level calculus or knowledge of physics to code, you just need the desire to learn and create. Learning to code helped me develop logical and analytical thinking and I now use that to create solutions to the problems I see around me.”

“When Prajwal participated in a Hackathon we had hosted with BIT Mesra in 2020, he had already been coding for three years and his level of innovation and out-of-the-box thinking immediately caught our attention. We are proud to have him on the Codingal platform and to see him realise his dream”, says Codingal co-founder Vivek Prakash.